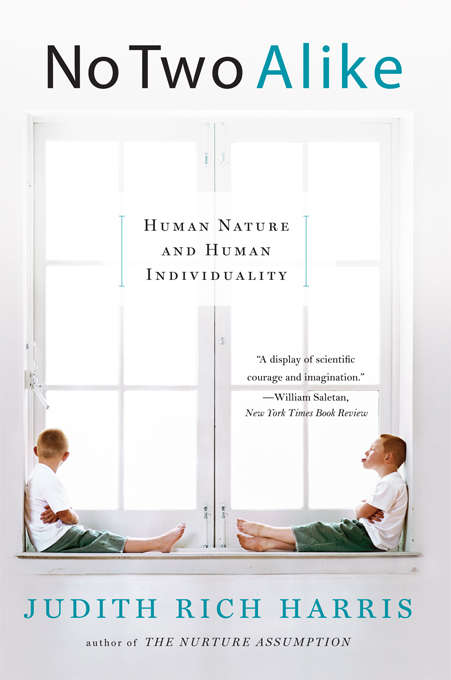 A groundbreaking theory of personality.

The author of the controversial book The Nurture Assumption tackles the biggest mystery in all of psychology: What makes people differ so much in personality and behavior? It can't just be "nature and nurture," because even identical twins who grow up together--same genes, same parents--have different personalities. And if psychologists can't explain why identical twins are different, they also can't explain why each of us differs from everyone else. Why no two people are alike.

Harris turns out to be well suited for the role of detective--it isn't easy to pull the wool over her eyes. She rounds up the usual suspects and shows why none of the currently popular explanations for human differences--birth order effects, for example, or interactions between genes and environment--can be the perpetrator she is looking for. None of these theories can solve the mystery of human individuality.

The search for clues carries Harris into some fascinating byways of science. The evidence she examines ranges from classic experiments in social psychology to cutting-edge research in neuroscience. She looks at studies of twins, research on autistic children, observations of chimpanzees, birds, and even ants.

Her solution is a startlingly original one: the first completely new theory of personality since Freud's. Based on a principle of evolutionary psychology--the idea that the human mind is a toolbox of special-purpose devices--Harris's theory explains how attributes we all have in common can make us different.

This is the story of a scientific quest, but it is also the personal story of a courageous and innovative woman who refused to be satisfied with "what everyone knows is true."