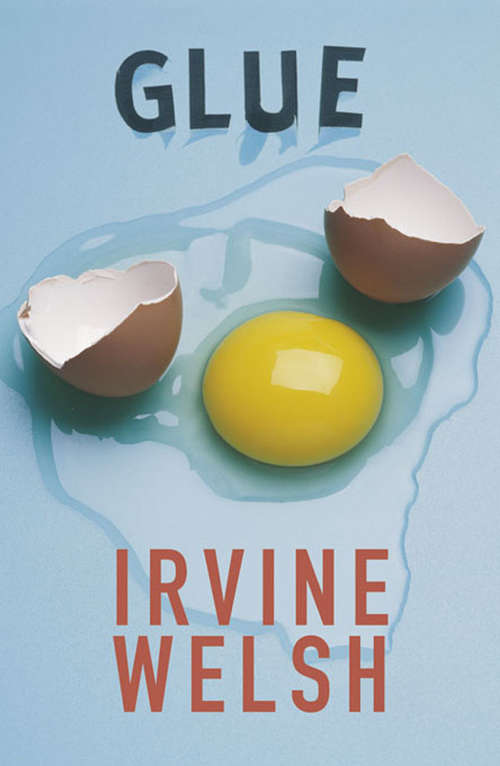 An epic novel about the bonds of friendship from the author of Trainspotting.

The story of four boys growing up in the Edinburgh projects, Glue is about the loyalties, the experiences, and the secrets that hold friends together through three decades. The boys become men: Juice Terry, the work-shy fanny-merchant, with corkscrew curls and sticky fingers; Billy the boxer, driven, controlled, playing to his strengths; Carl, the Milky Bar Kid, drifting along to his own soundtrack; and the doomed Gally, exceedingly thin-skinned and vulnerable to catastrophe at every turn. We follow their lives from the seventies into the new century--from punk to techno, from speed to E. Their mutual loyalty is fused in street morality: Back up your mates, don't hit women, and, most important, never snitch--on anyone. Glue has the Irvine Welsh trademarks--crackling dialogue, scabrous set pieces, and black, black humor--but it is also a grown-up book about growing up--about the way we live our lives, and what happens to us when things become unstuck. "Stocked with his usual quirky, sympathetic characters, this rollicking new tale sparkles with the writer's trademark satiric wit. Its heft and narrative breadth should convince any remaining skeptics that Welsh--now effectively the grand old man of in-your-face Scottish fiction--is a writer to be taken seriously."--Publishers Weekly starred review