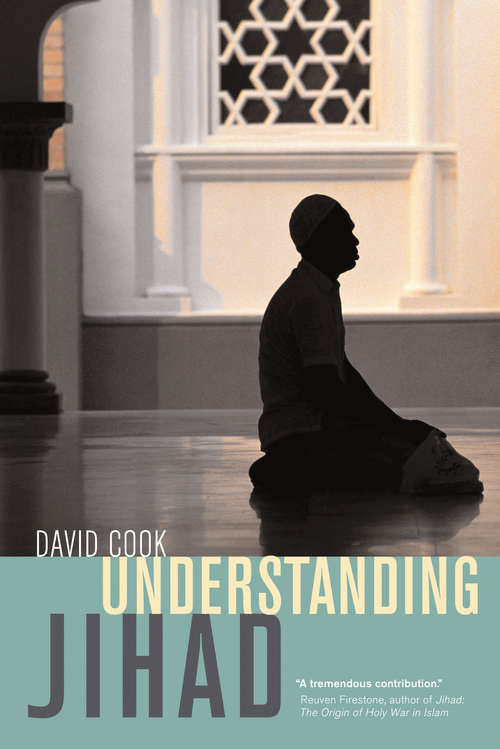 Jihad is one of the most loaded and misunderstood terms in the news today. Contrary to popular understanding, the term does not mean "holy war." Nor does it simply refer to the inner spiritual struggle. This book, judiciously balanced, accessibly written, and highly relevant to today's events, unravels the tangled historical, intellectual, and political meanings of jihad. Looking closely at a range of sources from sacred Islamic texts to modern interpretations, Understanding Jihad opens a critically important perspective on the role of Islam in the contemporary world.

As David Cook traces the practical and theoretical meanings of jihad, he cites from scriptural, legal, and newly translated texts to give readers a taste of the often ambiguous information that is used to construct Islamic doctrine. He looks closely at the life and teaching of the Prophet Muhammad and at the ramifications of the great Islamic conquests in 634 to 732 A.D. He sheds light on legal developments relevant to fighting and warfare, and places the internal, spiritual jihad within the larger context of Islamic religion. He describes some of the conflicts that occur in radical groups and shows how the more mainstream supporters of these groups have come to understand and justify violence. He has also included a special appendix of relevant documents including materials related to the September 11 attacks and published manifestoes issued by Osama bin Laden and Palestinian suicide-martyrs.