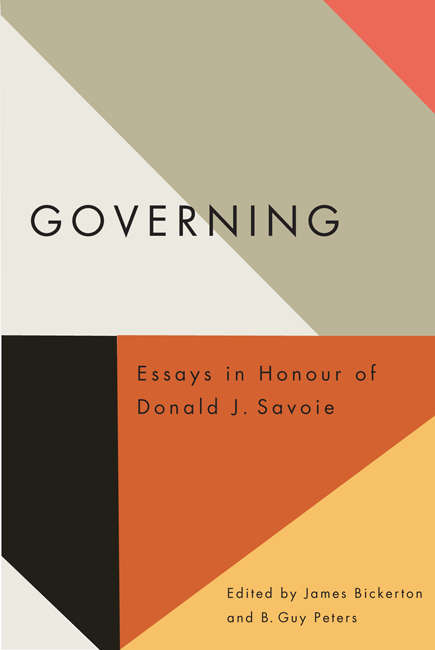 To honour the distinguished career of Donald Savoie, Governing brings together an accomplished group of international scholars who have concerned themselves with the challenges of governance, accountability, public management reform, and regional policy.

Governing delves into the two primary fields of interest in Savoie's work - regional development and the nature of executive power in public administration. The majority of chapters deal with issues of democratic governance, particularly the changing relationship over the past thirty years between politicians and public servants. A second set of essays addresses the history of regional development, examining the politics of regional inequalities and the promises and pitfalls of approaches adopted by governments to resolve the most vexing policy problems. Contributors provide readers with a valuable primer on the key issues that have provoked debate among practitioners and students of government alike, while reflecting on government initiatives meant to address inadequacies.

Showcasing the practical experience and scholarly engagement of its authors, this collection is a valuable addition to the fields of public administration, public policy, political governance, and regional policy.