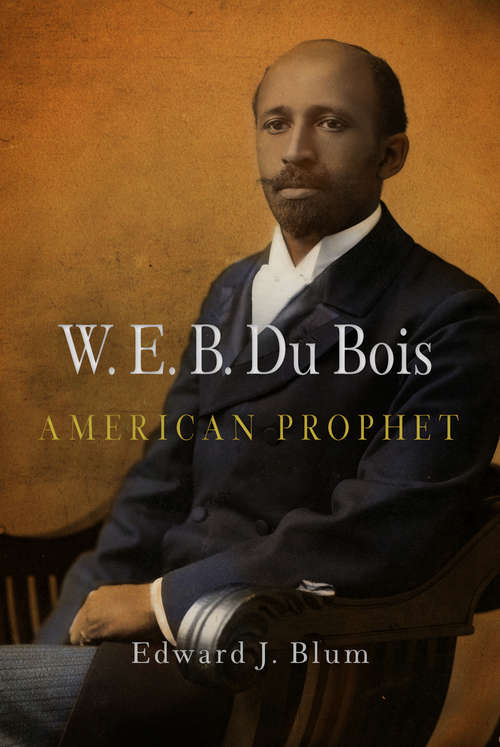 Pioneering historian, sociologist, editor, novelist, poet, and organizer, W. E. B. Du Bois was one of the foremost African American intellectuals of the twentieth century. While Du Bois is remembered for his monumental contributions to scholarship and civil rights activism, the spiritual aspects of his work have been misunderstood, even negated. W. E. B. Du Bois, American Prophet, the first religious biography of this leader, illuminates the spirituality that is essential to understanding his efforts and achievements in the political and intellectual world.Often labeled an atheist, Du Bois was in fact deeply and creatively involved with religion. Historian Edward J. Blum reveals how spirituality was central to Du Bois's approach to Marxism, pan-Africanism, and nuclear disarmament, his support for black churches, and his reckoning of the spiritual wage of white supremacy. His writings, teachings, and prayers served as articles of faith for fellow activists of his day, from student book club members to Langston Hughes.A blend of history, sociology, literary criticism, and religious reflection in the model of Du Bois's best work, W. E. B. Du Bois, American Prophet recasts the life of this great visionary and intellectual for a new generation of scholars and activists.Honorable Mention, 2007 Gustavus Myers Center Outstanding Book Awards