The Soul of Discretion 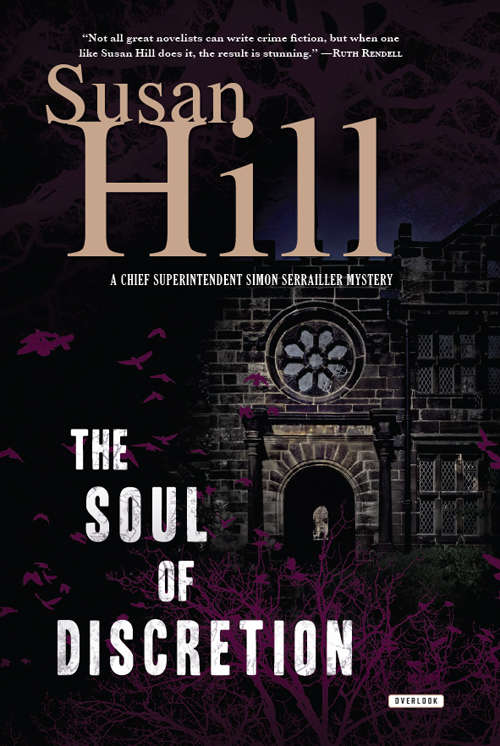 In the eighth of the successful Simon Serrailler series, the Chief Superintendent is faced with worse crimes than ever, and the town of Lafferton is left reeling

Susan Hill--the Man Booker Prize nominee and winner of the Whitbread, Somerset Maugham, and John Llewellyn Rhys awards--returns with a gripping new novel, the latest chapter in one of the most acclaimed mystery series of our time.

From the outside, the cathedral town of Lafferton seems idyllic, but in many ways it is just like any other place. It suffers from the same kinds of crime, is subject to the same pressures from a rapidly changing world, and has the same hopes and fears as any number of towns up and down the land.

When Simon Serrailler is called in by Lafferton's new Chief Constable, Kieran Bright, he is met by two plainclothes officers, who ask him to take the principal role in a difficult, potentially dangerous undercover operation. He must leave town immediately, without telling anyone--not even his girlfriend Rachel, who has only just moved in with him.

Meanwhile, Simon's sister Cat is facing difficult choices at work, as Lafferton's hospice closes its bedded units--and at home, as her daughter is presented with a glittering opportunity that they would have to struggle to afford. And all is not well with Simon and Cat's stepmother, Judith, either.

To complete his special operation, Simon must inhabit the mind of the worst kind of criminal. This takes its toll on Simon and--as the investigation unfolds--also on the town and some of its most respected citizens.