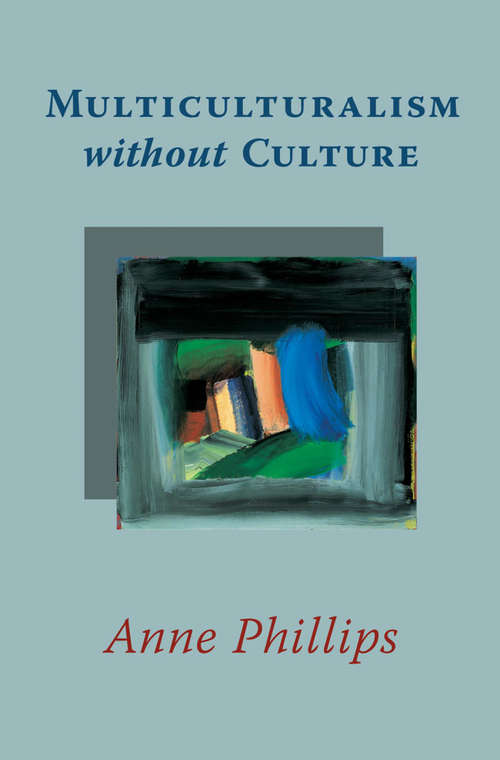 Public opinion in recent years has soured on multiculturalism, due in large part to fears of radical Islam. In Multiculturalism without Culture, Anne Phillips contends that critics misrepresent culture as the explanation of everything individuals from minority and non-Western groups do. She puts forward a defense of multiculturalism that dispenses with notions of culture, instead placing individuals themselves at its core. Multiculturalism has been blamed for encouraging the oppression of women--forced marriages, female genital cutting, school girls wearing the hijab. Many critics opportunistically deploy gender equality to justify the retreat from multiculturalism, hijacking the equality agenda to perpetuate cultural stereotypes. Phillips informs her argument with the feminist insistence on recognizing women as agents, and defends her position using an unusually broad range of literature, including political theory, philosophy, feminist theory, law, and anthropology. She argues that critics and proponents alike exaggerate the unity, distinctness, and intractability of cultures, thereby encouraging a perception of men and women as dupes constrained by cultural dictates. Opponents of multiculturalism may think the argument against accommodating cultural difference is over and won, but they are wrong. Phillips believes multiculturalism still has an important role to play in achieving greater social equality. In this book, she offers a new way of addressing dilemmas of justice and equality in multiethnic, multicultural societies, intervening at this critical moment when so many Western countries are poised to abandon multiculturalism.