From the Tundra to the Trenches 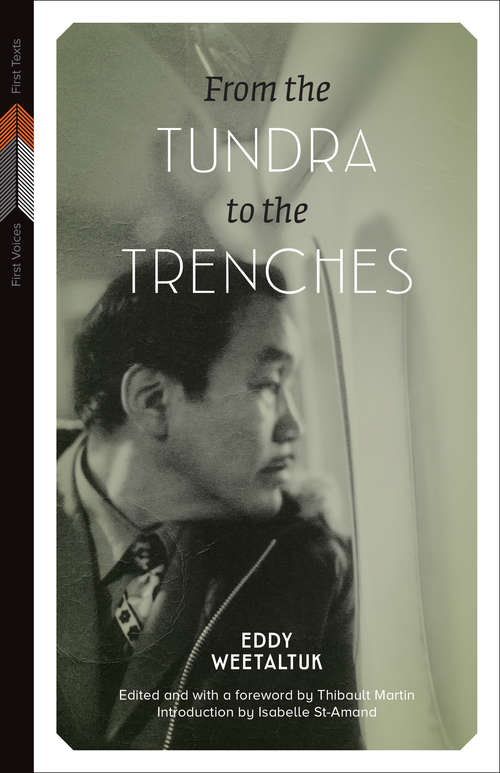 “My name is Weetaltuk; Eddy Weetaltuk. My Eskimo tag name is E9-422.” So begins From the "Tundra to the Trenches." Weetaltuk means “innocent eyes” in Inuktitut, but to the Canadian government, he was known as E9-422: E for Eskimo, 9 for his community, 422 to identify Eddy.

In 1951, Eddy decided to leave James Bay. Because Inuit weren’t allowed to leave the North, he changed his name and used this new identity to enlist in the Canadian Forces: Edward Weetaltuk, E9-422, became Eddy Vital, SC-17515, and headed off to fight in the Korean War. In 1967, after fifteen years in the Canadian Forces, Eddy returned home. He worked with Inuit youth struggling with drug and alcohol addiction, and, in 1974, started writing his life’s story. This compelling memoir traces an Inuk’s experiences of world travel and military service. Looking back on his life, Weetaltuk wanted to show young Inuit that they can do and be what they choose.

From the Tundra to the Trenches is the fourth book in the First Voices, First Texts series, which publishes lost or underappreciated texts by Indigenous writers. This new English edition of Eddy Weetaltuk’s memoir includes a foreword and appendix by Thibault Martin and an introduction by Isabelle St-Amand.