Returning Home from Iraq and Afghanistan 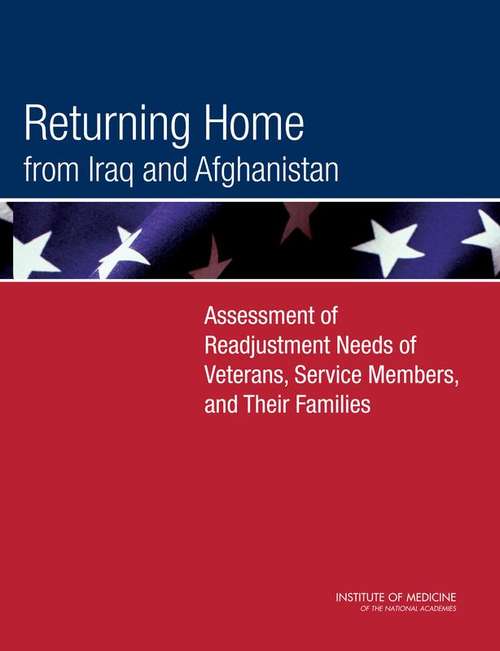 By: Institute of Medicine
लॉग इन करें
Sign Up

As of December 2012, Operation Enduring Freedom (OEF) in Afghanistan and Operation Iraqi Freedom (OIF) in Iraq have resulted in the deployment of about 2. 2 million troops; there have been 2,222 US fatalities in OEF and Operation New Dawn (OND)1 and 4,422 in OIF. The numbers of wounded US troops exceed 16,000 in Afghanistan and 32,000 in Iraq. In addition to deaths and morbidity, the operations have unforeseen consequences that are yet to be fully understood. In contrast with previous conflicts, the all-volunteer military has experienced numerous deployments of individual service members; has seen increased deployments of women, parents of young children, and reserve and National Guard troops; and in some cases has been subject to longer deployments and shorter times at home between deployments. Numerous reports in the popular press have made the public aware of issues that have pointed to the difficulty of military personnel in readjusting after returning from Iraq and Afghanistan. Many of those who have served in OEF and OIF readjust with few difficulties, but others have problems in readjusting to home, reconnecting with family members, finding employment, and returning to school. In response to the return of large numbers of veterans from Iraq and Afghanistan with physical-health and mental-health problems and to the growing readjustment needs of active duty service members, veterans, and their family members, Congress included Section 1661 of the National Defense Authorization Act for fiscal year 2008. That section required the secretary of defense, in consultation with the secretary of veterans affairs, to enter into an agreement with the National Academies for a study of the physical-health, mental-health, and other readjustment needs of members and former members of the armed forces who were deployed in OIF or OEF, their families, and their communities as a result of such deployment. The study consisted of two phases. The Phase 1 task was to conduct a preliminary assessment. The Phase 2 task was to provide a comprehensive assessment of the physical, psychologic, social, and economic effects of deployment on and identification of gaps in care for members and former members, their families, and their communities. The Phase 1 report was completed in March 2010 and delivered to the Department of Defense (DOD), the Department of Veterans Affairs (VA), and the relevant committees of the House of Representatives and the Senate. The secretaries of DOD and VA responded to the Phase 1 report in September 2010. Returning Home from Iraq and Afghanistan: Assessment of Readjustment Needs of Veterans, Service Members, and Their Families fulfills the requirement for Phase 2.

कॉपीराइट:
2013 the National Academy of Sciences