Labor Relations in a Globalizing World 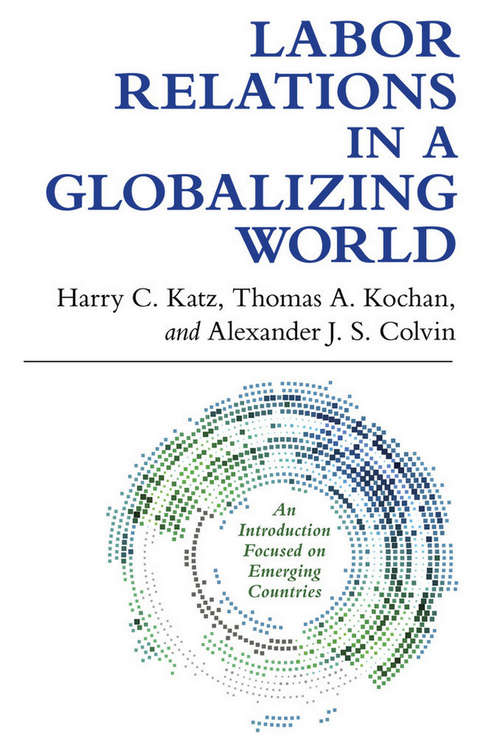 Compelled by the extent to which globalization has changed the nature of labor relations, Harry C. Katz, Thomas A. Kochan, and Alexander J. S. Colvin give us the first textbook to focus on the workplace outcomes of the production of goods and services in emerging countries. In Labor Relations in a Globalizing World, they draw lessons from the United States and other advanced industrial countries to provide a menu of options for management, labor, and government leaders in emerging countries. They include discussions based in countries such as China, Brazil, India, and South Africa which, given the advanced levels of economic development they have already achieved, are often described as "transitional," because the labor relations practices and procedures used in those countries are still in a state of flux.Katz, Kochan, and Colvin analyze how labor relations functions in emerging countries in a manner that is useful to practitioners, policymakers, and academics. They take account of the fact that labor relations are much more politicized in emerging countries than in advanced industrialized countries. They also address the traditional role played by state-dominated unions in emerging countries and the recent increased importance of independent unions that have emerged as alternatives. These independent unions tend to promote firm- or workplace-level collective bargaining in contrast to the more traditional top-down systems. Katz, Kochan, and Colvin explain how multinational corporations, nongovernmental organizations, and other groups that act across national borders increasingly influence work and employment outcomes.