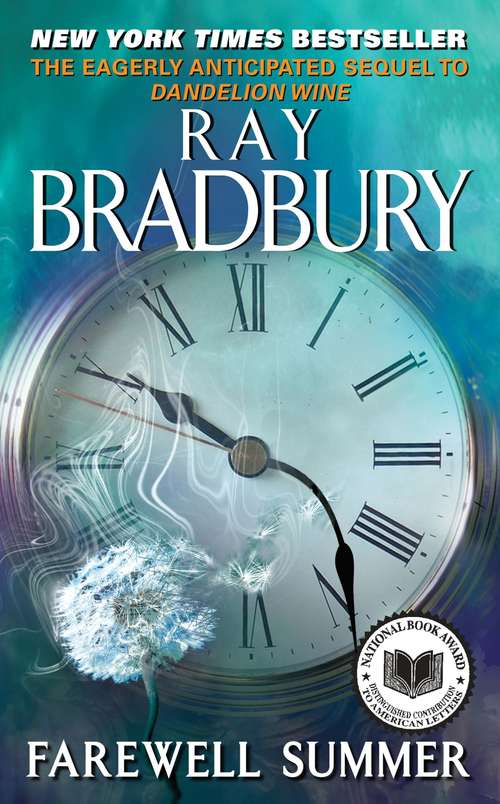 In a summer that refuses to end, in the deceiving warmth of earliest October, civil war has come to Green Town, Illinois. It is the age-old conflict: the young against the elderly, for control of the clock that ticks their lives ever forward. The first cap-pistol shot heard 'round the town is dead accurate, felling an old man in his tracks, compelling town elder and school board despot Mr. Calvin C. Quartermain to marshal his graying forces and declare total war on the assassin, thirteen-year-old Douglas Spaulding, and his downy-cheeked cohorts. Doug and his cronies, however, are most worthy adversaries who should not be underestimated, as they plan and execute daring campaigns--matching old Quartermain's experience and cunning with their youthful enthusiasm and devil-may-care determination to hold on forever to childhood's summer. Yet time must ultimately be the victor, with valuable revelations for those on both sides of the conflict. And life waits in ambush to assail Doug Spaulding with its powerful mysteries--the irresistible ascent of manhood, the sweet surrender to a first kiss . . .One of the most acclaimed and beloved of American storytellers, Ray Bradbury has come home, revisiting the verdant landscape of one of his most adored works, Dandelion Wine. More than fifty years in the making, the long-awaited sequel, Farewell Summer, is a treasure--beautiful, poignant, wistful, hilarious, sad, evocative, profound, and unforgettable . . . and proof positive that the flame of wonder still burns brightly within the irrepressible imagination of the incomparable Bradbury.