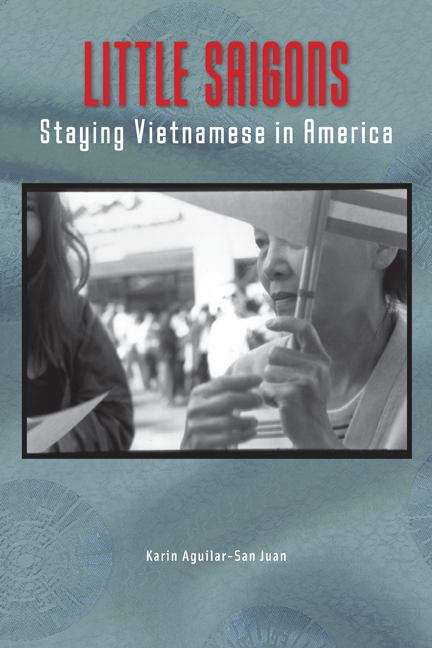 Karin Aguilar-San Juan examines the contradictions of Vietnamese American community and identity in two emblematic yet different locales: Little Saigon in suburban Orange County, California (widely described as the capital of Vietnamese America) and the urban "Vietnamese town" of Fields Corner in Boston, Massachusetts. Their distinctive qualities challenge assumptions about identity and space, growth amid globalization, and processes of Americanization.

With a comparative and race-cognizant approach, Aguilar-San Juan shows how places like Little Saigon and Fields Corner are sites for the simultaneous preservation and redefinition of Vietnamese identity. Intervening in debates about race, ethnicity, multiculturalism, and suburbanization as a form of assimilation, this work elaborates on the significance of place as an integral element of community building and its role in defining Vietnamese American-ness.

Staying Vietnamese, according to Aguilar-San Juan, is not about replicating life in Viet Nam. Rather, it involves moving toward a state of equilibrium that, though always in flux, allows refugees, immigrants, and their U.S.-born offspring to recalibrate their sense of self in order to become Vietnamese anew in places far from their presumed geographic home.