The Cambridge Companion to the Literature of the American Renaissance 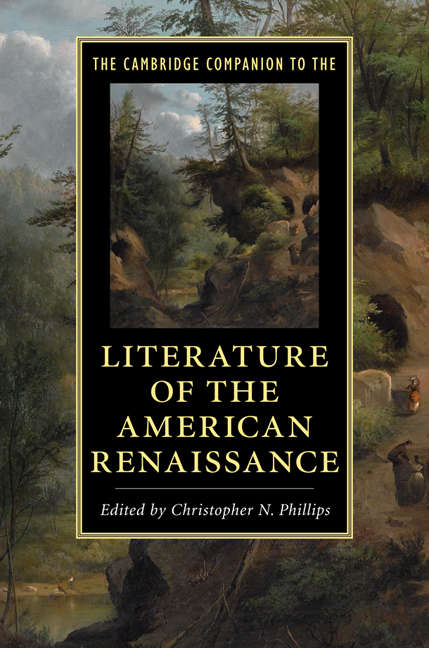 The American Renaissance has been a foundational concept in American literary history for nearly a century. The phrase connotes a period, as well as an event, an iconic turning point in the growth of a national literature and a canon of texts that would shape American fiction, poetry, and oratory for generations. F. O. Matthiessen coined the term in 1941 to describe the years 1850–1855, which saw the publications of major writings by Hawthorne, Melville, Emerson, Thoreau, and Whitman. This Companion takes up the concept of the American Renaissance and explores its origins, meaning, and longevity. Essays by distinguished scholars move chronologically from the formative reading of American Renaissance authors to the careers of major figures ignored by Matthiessen, including Stowe, Douglass, Harper, and Longfellow. The volume uses the best of current literary studies, from digital humanities to psychoanalytic theory, to illuminate an era that reaches far beyond the Civil War and continues to shape our understanding of American literature.