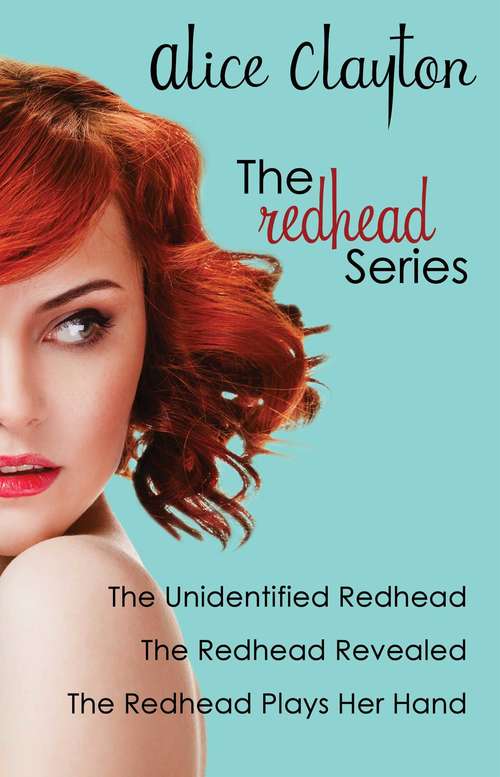 New York Times bestselling author Alice Clayton is a magical mix of humor and heat in The Redhead Series--a playful series following a sizzling romance between aspiring actress Grace Sheridan and Hollywood's hottest new leading man, Jack Hamilton.In The Unidentified Redhead, ten years after discovering that looks and talent are a dime a dozen in Los Angeles, Grace Sheridan is back and ready to show the film industry that there's more to her than just a head of gorgeous red curls. And Hollywood's newest Brit super-hunk Jack Hamilton certainly agrees. As Grace tries to restrain herself from jumping a man who is nearly a decade her junior, Jack makes it clear that he has zero problems with her age. But as the paparazzi catches up with them, Grace, dubbed the "unidentified redhead," is stuck in a bind. A sizzling romance with the newest "it" boy may garner her industry attention...but is it the kind of attention she's always dreamed of? As Grace tries to maintain her anonymity in The Redhead Revealed after winning her dream role in a new off-Broadway play, her steamy bicoastal relationship with Hollywood hunk Jack Hamilton is getting harder to keep secret. They say absence makes the heart grow fonder and the libido hotter, but their few weekend visits feel more like fast food than the five-course dinner they crave. As rumors spread like wildfire in the tabloids about Jack and his lovely, leggy ex-girlfriend, Grace starts to wonder if lust alone can keep this feisty duo together.... With a hot and heavy relationship with Jack Hamilton, plus the lead role in a new TV dramedy, Grace Sheridan could just pinch herself in The Redhead Plays Her Hand. But a demand from her directors to drop fifteen pounds brings her back down to earth with a thump. Meanwhile Jack, forbidden to reveal their relationship, seems overly enamored with the celebrity lifestyle. And as Grace's new bod incites fiery reactions from fans and paparazzi alike, Jack's jealous fans are viciously slamming her curves. Grace longs for Jack's support, but he's showing up late and disheveled to her most important moments. With tempers between them flaring, Grace might have more to lose than a few stubborn pounds. She and Jack were clearly made for each other--but will the day ever come when they can walk the red carpet together, hand in hand?