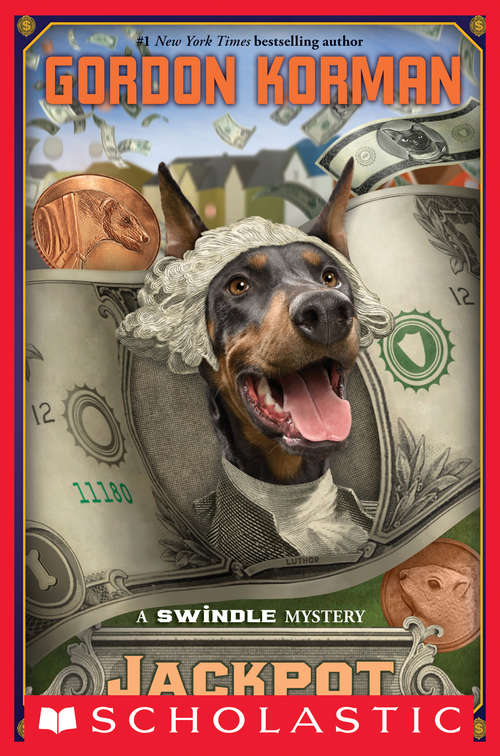 The sixth installment in the Swindle series, in which The Man With The Plan gets a new rival . . . and the search for a missing lottery ticket becomes a hunt of epic proportions.

JACKPOT: the top prize in a game or lottery; a sensational and unexpected success, stroke of luck, windfall, bounty, pay day . . .

What would you do with $30,000,000? That's the question everyone in Cedarville and every town near it is asking, because right now there's an unclaimed lottery ticket worth that much -- and the money will go to whomever finds it first.

Griffin Bing, The Man With The Plan, wants to be the lucky winner. But he's got competition. Darren Vader, Griffin's number-one enemy, will stop at nothing to find it. And a new kid in town, Victor Phoenix, is also in on the big hunt. He's got an advantage that Griffin would have never guessed: Griffin's own friends are helping Victor out. But why?

Griffin's going to need a lot of help -- from a rowdy Doberman, a completely strange invention, and a very random set of wheels -- to hit this jackpot and win his friends back.