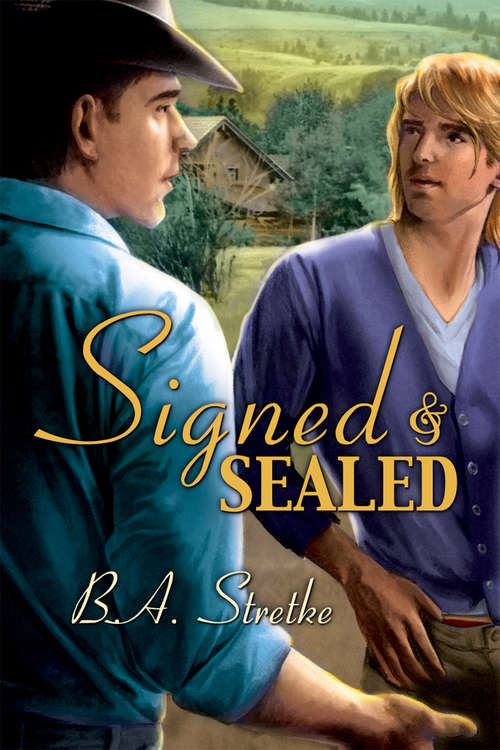 William Drake's living an ordinary life--he's got a job, a dog, and a house near Lake Superior--when a frantic call for help from his ne'er-do-well sister, Katrina, throws a big rancher-shaped kink in the works. Proving that no good deed goes unpunished, Will's arrival at the Montana ranch belonging to Katrina's fiancé, Martin, is marked by a flat tire and unexpected help from a tall, dark, and handsome Good Samaritan who turns out to be Elijah Hunter, Martin's brother, and the most unsettling man Will has ever met.

Eli's fury over Katrina's misdeeds boils over onto Will, and he demands that Will remain on the ranch until the matter is resolved. While Will can take Katrina's place, Eli doesn't make it easy, testing Will at every turn, but Will's uncompromising morals exceed even Eli's exacting standards. The attraction growing between them is further complicated by Eli's ultimatum: he's still holding Katrina to the pre-nup she signed... unless Will agrees to marry Eli instead.