Global Land Grabbing and Political Reactions 'from Below' 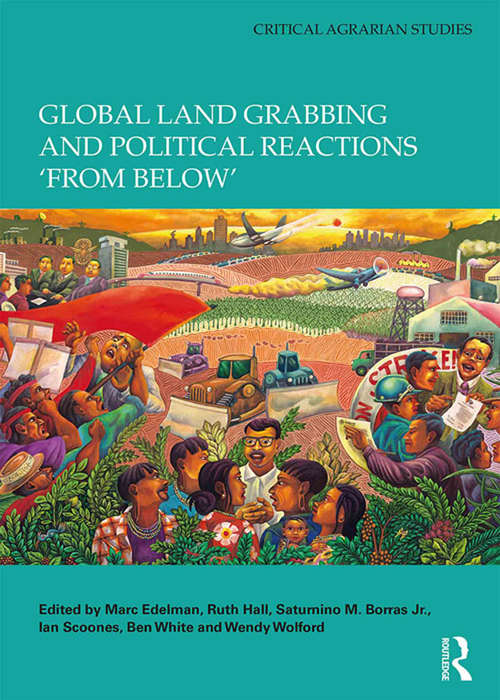 When the 2007-2008 food and financial crises triggered a global wave of land grabbing, scholars, activists and policy practitioners assumed that this would be met with massive peasant resistance. As empirical evidence accumulated, however, it became clear that political reactions ‘from below’ to land grabbing were quite varied and complex. Violent resistance, outright expulsions, everyday ‘weapons of the weak’ and demands for better terms of incorporation into land deals were among the outcomes that emerged. Readers of this collection will encounter a multinational group of scholars who use the tools of social movements theory and critical agrarian studies to examine cases from Argentina, Mexico, Guatemala, Nicaragua, Colombia, Ethiopia, Madagascar, Mozambique, Uganda, Mali, Ukraine, India, and Laos, as well as the Rio +20 Sustainable Development Conference. Initiatives ‘from below’ in response to land deals have involved local and transnational alliances and the use of legal and extra-legal methods, and have brought victories and defeats. This book was first published as a special issue of The Journal of Peasant Studies.