The Saint-Domingue Plantation; or, The Insurrection 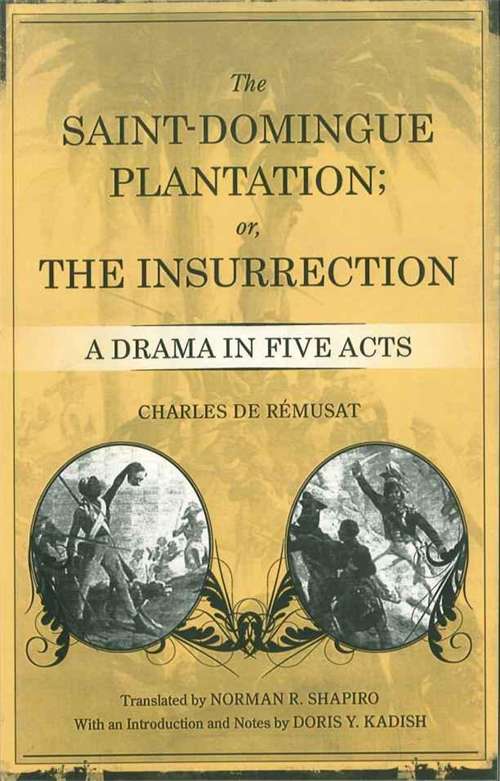 Based on events that began in Saint-Domingue on August 21, 1791, The Saint-Domingue Plantation; or, The Insurrection vividly dramatizes the genesis and outbreak of a slave revolt. When a representative of the French Assemblée nationale, Monsieur de Tendale, arrives at the Valombre family plantation to examine the condition of slaves in Saint-Domingue and to preach their liberation, he sparks a debate among the local curé and the Valombres -- Monsieur, Madame, son Léon, and daughter Célestine -- who disagree about how slaves should be treated and whether they should be freed. Meanwhile, rebellion brews on the plantation. As the slave revolt unfolds, the play's white hero, Léon, realizes the discrepancy between his liberal political and philosophical ideas and the reality of his family's economic interests. The black hero, Timur, confronts the slaves' bloodthirsty desire to kill the masters, their resistance to his leadership, and the realization that freedom places heavy demands on him and the other insurgents.Translated into English by Norman R. Shapiro for the first time since its publication in 1825, The Saint-Domingue Plantation addresses a wide range of topics that antislavery activists raised during Charles de Rémusat's time, including antitorture measures, slaves' access to the sacrament of marriage, and religious education. An informative introduction by Doris Y. Kadish places the play in its historic and literary contexts, inviting further discussion and interpretation of this important work.