The Social Lives of Poems in Nineteenth-Century America 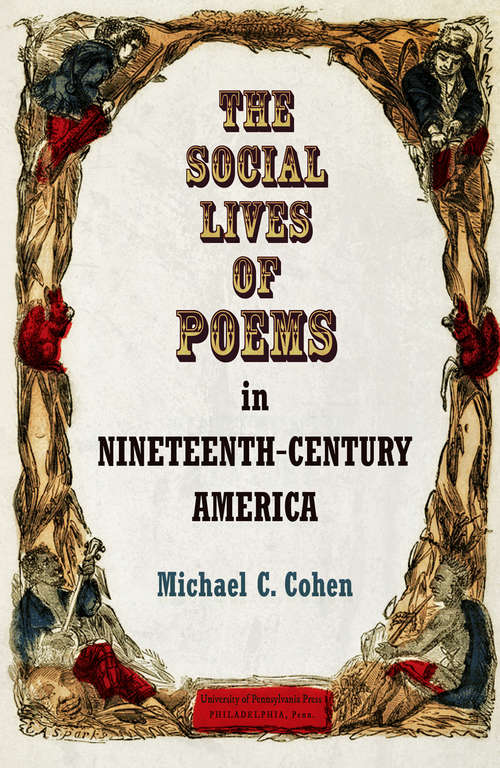 Poetry occupied a complex position in the social life of nineteenth-century America. While some readers found in poems a resource for aesthetic pleasure and the enjoyment of linguistic complexity, many others turned to poems for spiritual and psychic wellbeing, adapted popular musical settings of poems to spread scandal and satire, or used poems as a medium for asserting personal and family memories as well as local and national affiliations. Poetry was not only read but memorized and quoted, rewritten and parodied, collected, anthologized, edited, and exchanged.Michael C. Cohen here explores the multiplicity of imaginative relationships forged between poems and those who made use of them from the post-Revolutionary era to the turn of the twentieth century. Organized along a careful genealogy of ballads in the Atlantic world, The Social Lives of Poems in Nineteenth-Century America demonstrates how the circulation of texts in songs, broadsides, letters, and newsprint as well as in books, anthologies, and critical essays enabled poetry to perform its many different tasks. Considering the media and modes of reading through which people encountered and made sense of poems, Cohen traces the lines of critical interpretations and tracks the emergence and disappearance of poetic genres in American literary culture. Examining well-known works by John Greenleaf Whittier and Walt Whitman as well as popular ballads, minstrel songs, and spirituals, Cohen shows how discourses on poetry served as sites for debates over history, literary culture, citizenship, and racial identity.