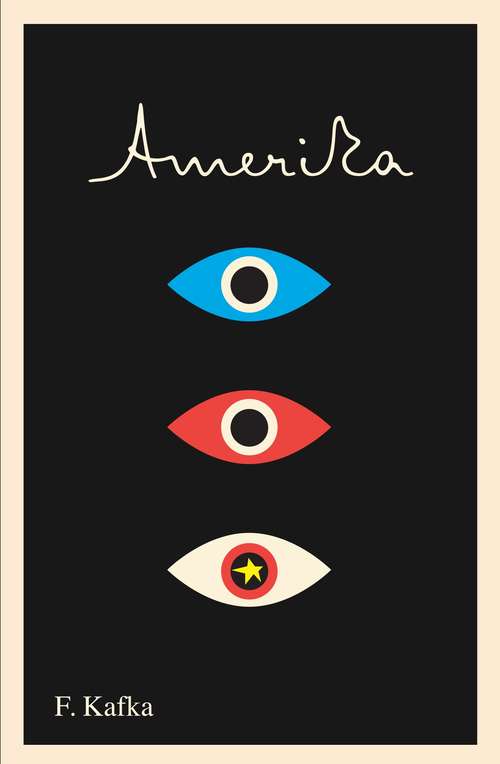 Franz Kafka's diaries and letters suggest that his fascination with America grew out of a desire to break away from his native Prague, even if only in his imagination. Kafka died before he could finish what he like to call his "American novel,: but he clearly entitled itDer Verschollene("The Missing Person") in a letter to his fiancee, Felice Bauer, in 1912. Kafka began writing the novel that fall and wrote until the last completed chapter in 1914, but in wasn't until 1927, three years after his death, thatAmerika--the title that Kafka's friend and literary executor Max Brod gave his edited version of the unfinished manuscript--was published in Germany by Kurt Wolff Verlag. An English translation by Willa and Edwin Muir was published in Great Britain in 1932 and in the United States in 1946. Over the last thirty years, an international team of Kafka scholars has been working on German-language critical editions of all of Kafka's writings, going back to the original manuscripts and notes, correcting transcription errors, and removing Brod's editorial and stylistic interventions to create texts that are as close as possible to the way the author left them. With the same expert balance of precision and nuance that marked his award-winning translation ofThe Castle,Mark Harman now restores the humor ad particularity of language in his translation of the critical edition ofDer Verschollene. Here is the story of young Karl Rossman, who, following an incident involving a housemaid, is banished by his parents to America. With unquenchable optimism and in the company of two comic-sinister companions, he throws himself into misadventure, eventually heading towards Oklahoma, where a career in the theater beckons. Though we can never know how Kafka planned to end the novel, Harman's superb translation allows us to appreciate, as closely as possible, what Kafka did commit to the page. From the Hardcover edition.