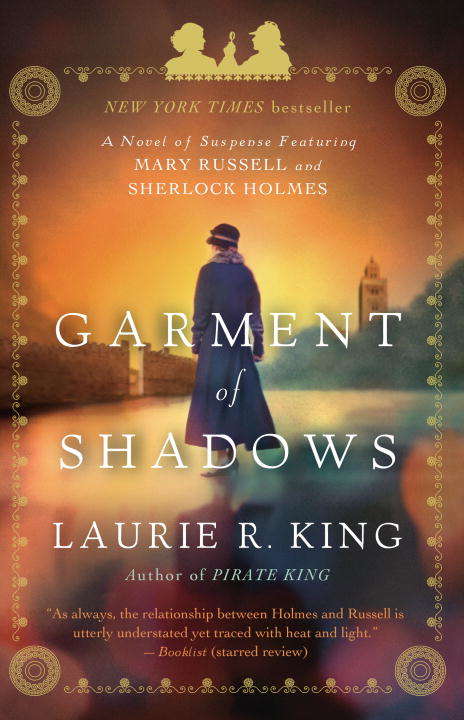 Laurie R. King's New York Times bestselling novels of suspense featuring Mary Russell and her husband, Sherlock Holmes, comprise one of today's most acclaimed mystery series. Now, in their newest and most thrilling adventure, the couple is separated by a shocking circumstance in a perilous part of the world, each racing against time to prevent an explosive catastrophe that could clothe them both in shrouds. In a strange room in Morocco, Mary Russell is trying to solve a pressing mystery: Who am I? She has awakened with shadows in her mind, blood on her hands, and soldiers pounding on the door. Out in the hivelike streets, she discovers herself strangely adept in the skills of the underworld, escaping through alleys and rooftops, picking pockets and locks. She is clothed like a man, and armed only with her wits and a scrap of paper containing a mysterious Arabic phrase. Overhead, warplanes pass ominously north. Meanwhile, Holmes is pulled by two old friends and a distant relation into the growing war between France, Spain, and the Rif Revolt led by Emir Abd el-Krim--who may be a Robin Hood or a power mad tribesman. The shadows of war are drawing over the ancient city of Fez, and Holmes badly wants the wisdom and courage of his wife, whom he's learned, to his horror, has gone missing. As Holmes searches for her, and Russell searches for herself, each tries to crack deadly parallel puzzles before it's too late for them, for Africa, and for the peace of Europe. With the dazzling mix of period detail and contemporary pace that is her hallmark, Laurie R. King continues the stunningly suspenseful series that Lee Child called "the most sustained feat of imagination in mystery fiction today."