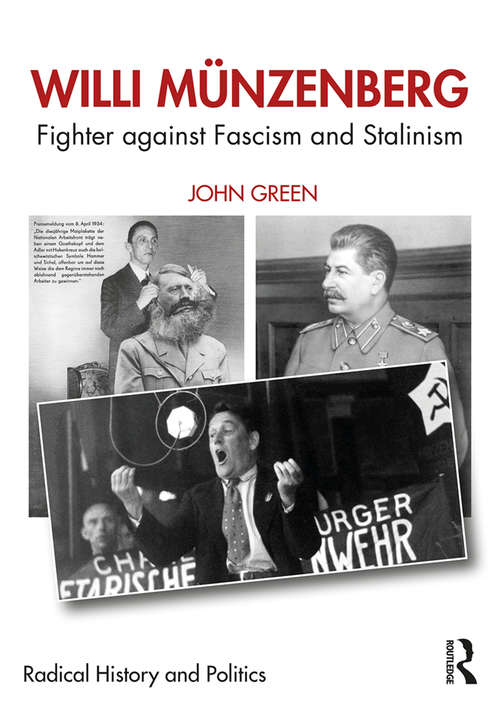 Willi Münzenberg was a towering figure in the anti-fascist movement during the first half of the twentieth century. He was acquainted with many of the leading left wing activists and thinkers of his day including Lenin, Rosa Luxemburg, Karl Liebknecht, and Karl Radek. He also played a foundational role in several important transnational organisations such as the Socialist Youth International, the largest anti-war movement in opposition to the First World War, the International Workers’ Relief organisation, and the League against Colonialism and for National Independence.

As a film distributor and promoter, he brought modern Soviet films to western Europe. As a publicist and manager, he built up the most influential left-wing media empire in the Weimar Republic and initiated the pioneering use of photography and photo montage. He was also a long-time member of the Reichstag. He was a pioneer in the use of a variety of media and the way he gained the support and collaboration of progressive politicians, artists and intellectuals ensured that he would become the leading, and most effective, opponent of Hitler’s and Goebbels’ propaganda machine, as he exposed the venality and brutality of the Nazis. Late in life, his turn against Stalinism almost certainly led to his mysterious death.

This is the first detailed biography in English to give coverage to the full range of Münzenberg's activism. There are valuable lessons to be learnt from the book about the best ways to counter fascism which are powerfully relevant to our contemporary political situation. It should be of great interest to activists, scholars and those studying the history of the radical left.