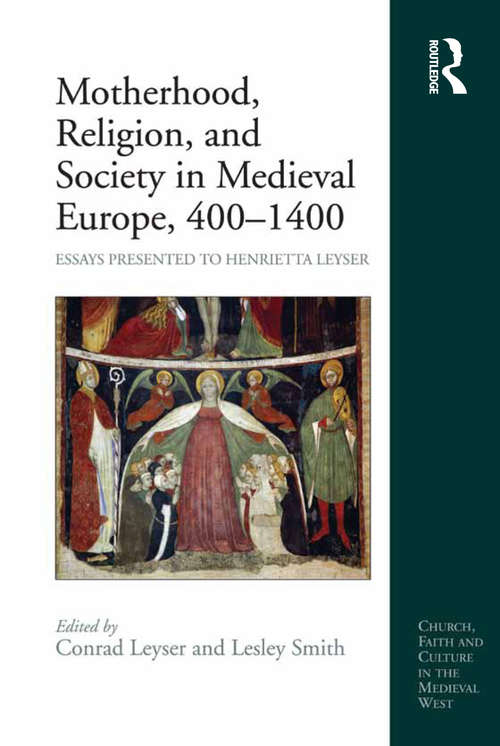 Who can concentrate on thoughts of Scripture or philosophy and be able to endure babies crying ... ? Will he put up with the constant muddle and squalor which small children bring into the home? The wealthy can do so ... but philosophers lead a very different life ... So, according to Peter Abelard, did his wife Heloise state in characteristically stark terms the antithetical demands of family and scholarship. Heloise was not alone in making this assumption. Sources from Jerome onward never cease to remind us that the life of the mind stands at odds with life in the family. For all that we have moved in the past two generations beyond kings and battles, fiefs and barons, motherhood has remained a blind spot for medieval historians. Whatever the reasons, the result is that the historiography of the medieval period is largely motherless. The aim of this book is to insist that this picture is intolerably one-dimensional, and to begin to change it. The volume is focussed on the paradox of motherhood in the European Middle Ages: to be a mother is at once to hold great power, and by the same token to be acutely vulnerable. The essays look to analyse the powers and the dangers of motherhood within the warp and weft of social history, beginning with the premise that religious discourse or practice served as a medium in which mothers (and others) could assess their situation, defend claims, and make accusations. Within this frame, three main themes emerge: survival, agency, and institutionalization. The volume spans the length and breadth of the Middle Ages, from late Roman North Africa through ninth-century Byzantium to late medieval Somerset, drawing in a range of types of historian, including textual scholars, literary critics, students of religion and economic historians. The unity of the volume arises from the very diversity of approaches within it, all addressed to the central topic.