The Commonwealth and International Affairs 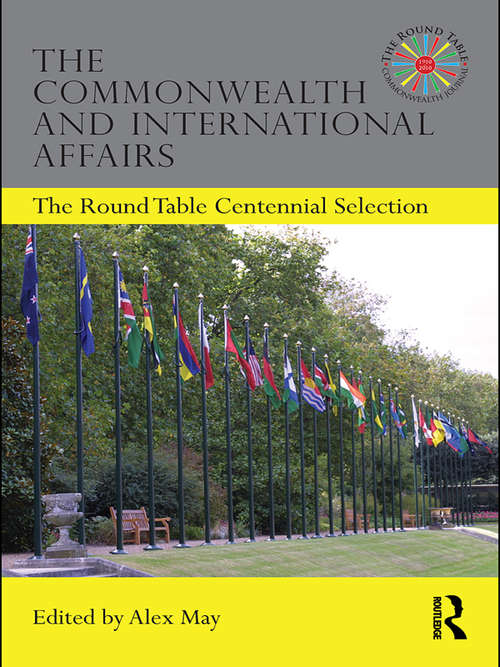 The Round Table journal (now subtitled The Commonwealth Journal of International Affairs) first appeared in 1910. The journal carried a number of articles recognised both by contemporaries and by historians as highly influential in the making of Commonwealth policy, including constitutional reform in India, the independence of southern Ireland, the League of Nations mandates system and the United Nations trusteeship system, British policy in East Asia, the building of the Anglo-American alliance, appeasement, decolonisation, and the transition to a new, multipolar Commonwealth.

This book brings together excerpts from some of the key articles published over the last one hundred years and features leading figures including;

Lionel Curtis and John Dove on Ireland, leading to the Anglo-Irish Treaty and the creation of the Irish Free State,

T.E. Lawrence on the Middle East, a key influence on post-1919 state creation in the Arab Middle East,

This selection provides a unique commentary on imperial/Commonwealth and international affairs and makes available to a new generation of scholars and students some of the articles now acknowledged as key influences in the evolution of British and Commonwealth policies.

This collection of essays is intended as a companion volume to The Contemporary Commonwealth: An assessment 1965 - 2009, edited by James Mayall, marking the centenary of The Round Table.