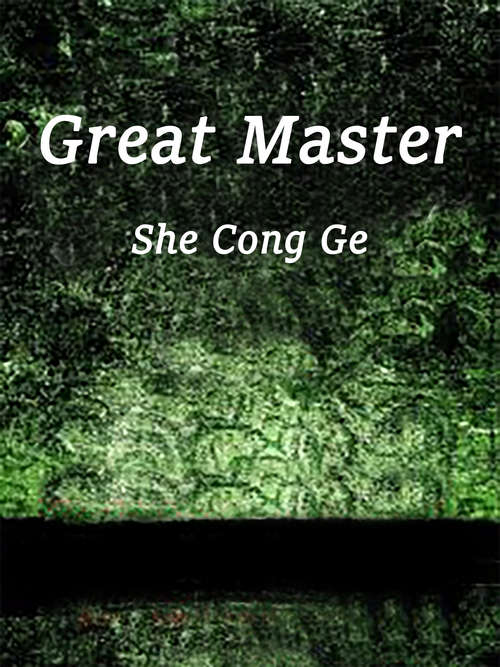 Sly! A sect that had drifted away from orthodox Taoism and had long been submerged in the mists of history. Even though the Lord had massacred everything in the world, he had actually made a Grandmaster in all of history. Battle Empire's Assassin, Nie Zheng, Prime Minister Chen Ping, War God Han Xin, Huang Shuang, who ascended after killing all the evil spirits of the world, Dao Yan, who cultivated both Buddhism and Dao by Zhu Di's side, and a famous doctor of the Qing Dynasty, Ye Tong, how did they go from an ordinary mortal to an illustrious and illustrious Grandmaster? And why did he hide his identity, making it so that the crafty dao could not leave its name in history?The deceitful Dao has always been weak, but it has often turned the tide in troubled times. In the modern world, where Warlocks were withering away, what kind of earth-shattering things would the current heirs of the underworld do?Xu Yunfeng, a young man who had no ambition and only wished to live a peaceful life, was born with the fate of a Warlock. He tried his best to avoid it, but he was still unable to resist the wheels of fate and was swept into the world of Warlocks, becoming the second name in the history of the underworld. Because he wanted to become the strongest Warlock in his childhood, Wang Kunpeng, with his mediocre aptitude and perseverance, had ultimately become a well-known Warlock by relying on his extraordinary intelligence, tenacity, and hard work. His name was' Yang Huanzi ', but when the warlocks of this world had vied for the position of the Yin People, his final step had been foiled by a lunatic, and his efforts had been for naught.Brothers, there is a hidden reason. Crazy people took the Yin people away to let the bastard live a little longer, to let ordinary people live a plain and real life. As for his own fate, what he could not escape was to be unable to escape. Facing the loneliness and coldness of a hundred ghosts, he would have to shoulder it all on his own.But the stable life does not last forever, in 2008, the Yangtze River, surprised to find a twisted board carved into the iron plate, broke the quiet life. This was the last entrance to the world's ancient path, and it was bound to cause chaos among the Warlocks.The opponent in the fog came back. Under the efforts of many crazy supporters, he would use any means necessary to extend his life, exhausting all the calculations in his mind just because he wanted to change this unfair and imperfect world after trying to understand the nature of this world.The King Kun Peng, Xu Yunfeng, had found the descendants of the Four Great Families of the Southwest Warlock and had joined forces to lay down the nearly lost Seven Star Arena and the Red Water Killing Formation of the Divine Seal. A battle that lasted for thousands of years. The grievances and grievances had not yet subsided, and their friendship had not yet returned. Their faith still existed, and everything would eventually end here!- - - - - - - - - - - - - - - - - - - - - - - -This book has a total of seven lines, five historical two modern, using POV writing intertwined. The five historical clues would eventually interweave into the main story and play a key role.The details are as follows:Counting Sand Division: Xu Yunfeng's Kunpeng, Zhang Wuju.Water Department: Chen Ping, Zhang Liang, Han Xin.Gui Branch: Huang Chang.Listening String Department: Daoyan, Southwest Warlock, Four Great Families.Look at the wax: Ye Gui.Underworld Wars Department: Zhang Tian, let's call it quits.Attached: Jin Zhong, Jin Li.