The British Mandate in Palestine 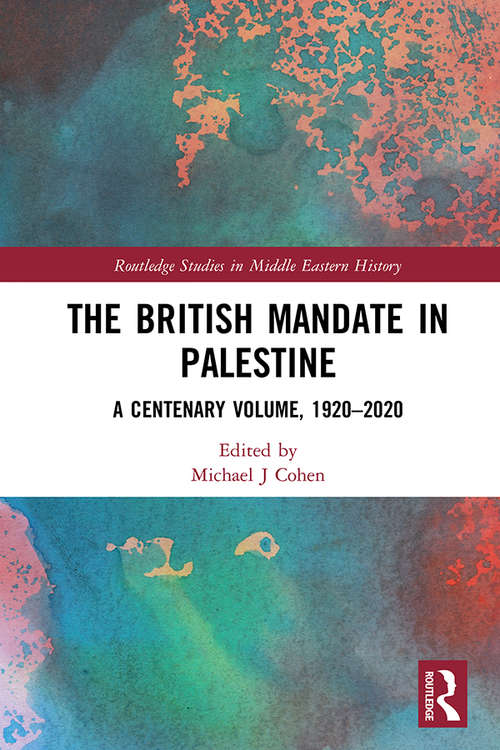 The British Mandate over Palestine began just 100 years ago, in July 1920, when Sir Herbert Samuel, the first British High Commissioner to Palestine, took his seat at Government House, Jerusalem. The chapters here analyse a wide cross-section of the conflicting issues --social, political and strategical--that attended British colonial rule over the country, from 1920 to 1948.

This anthology contains contributions by several of the most respected Israeli scholars in the field – Arab, Druze and Jewish. It is divided into three sections, covering the differing perspectives of the main ‘actors’ in the ‘Palestine Triangle’: the British, the Arabs and the Zionists. The concluding chapter identifies a pattern of seven counterproductive negotiating behaviours that explain the repeated failure of the parties to agree upon any of the proposals for an Arab-Zionist peace in Mandated Palestine.

The volume is a modern review of the British Mandate in Palestine from different perspectives, which makes it a valuable addition to the field. It is a key resource for students and scholars interested in international relations, history of the Middle East, Palestine and Israel.