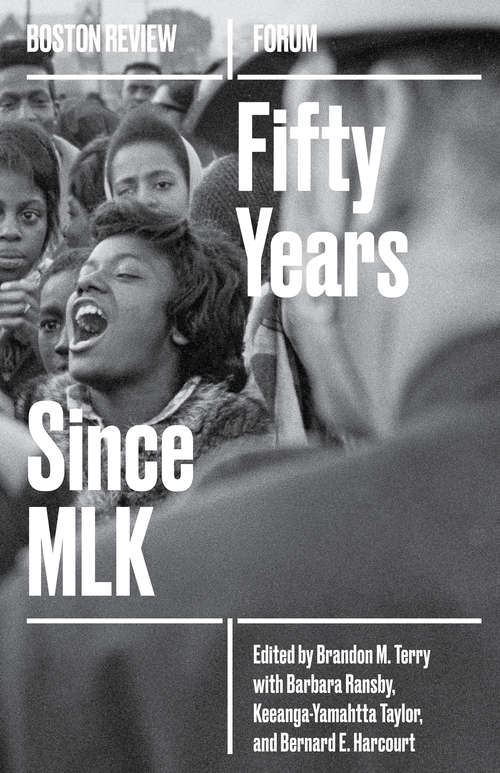 Martin Luther King's legacy for today's activists, fifty years after his death. Since his death on April 4, 1968, Martin Luther King's legacy has influenced generations of activism. Edited and with a lead essay by Brandon Terry, this volume explores what this legacy can and cannot do for activism in the present. King spent the months leading up to his death organizing demonstrations against the Vietnam War and planning the Poor People's Campaign, a “multiracial army of the poor” that would march on Washington in pursuit of economic justice. Thus the spring of 1968 represented a hopeful, albeit chaotic set of possibilities; King, along with countless other activists, offered both ethical and strategic solutions to the multifaceted problems of war, racism, and economic inequality. With a critical eye on both the past and present, this collection of essays explores that moment of promise, and how, in the fifty years since King's death, historical forces have shaped what we claim as a usable past in fighting the injustices of our time. Contributors Christian G. Appy, Andrew Douglas, Bernard E. Harcourt, Elizabeth Hinton, Samuel Moyn, Ed Pavlić, Aziz Rana, Barbara Ransby, Keeanga-Yamahtta Taylor, Brandon M. Terry, Jeanne Theoharis, Thad Williamson