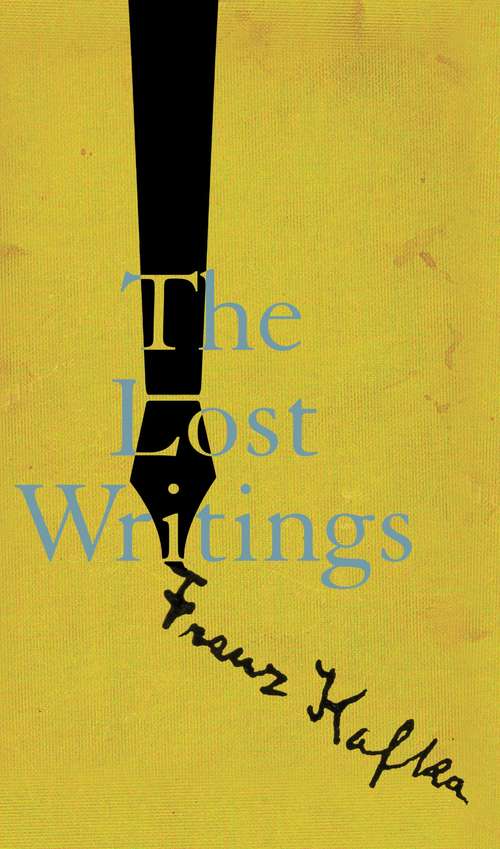 A windfall for every reader: a trove of marvelous impossible-to-find Kafka stories in a masterful new translation by Michael Hofmann

Selected by the preeminent Kafka biographer and scholar Reiner Stach and newly translated by the peerless Michael Hofmann, the seventy-four pieces gathered here have been lost to sight for decades and two of them have never been translated into English before. Some stories are several pages long; some run about a page; a handful are only a few lines long: all are marvels. Even the most fragmentary texts are revelations. These pieces were drawn from two large volumes of the S. Fischer Verlag edition Nachgelassene Schriften und Fragmente (totaling some 1100 pages).

“Franz Kafka is the master of the literary fragment,” as Stach comments in his afterword: "In no other European author does the proportion of completed and published works loom quite so...small in the overall mass of his papers, which consist largely of broken-off beginnings.” In fact, as Hofmann recently added: “‘Finished' seems to me, in the context of Kafka, a dubious or ironic condition, anyway. The more finished, the less finished. The less finished, the more finished. Gregor Samsa’s sister Grete getting up to stretch in the streetcar. What kind of an ending is that?! There’s perhaps some distinction to be made between ‘finished' and ‘ended.' Everything continues to vibrate or unsettle, anyway. Reiner Stach points out that none of the three novels were ‘completed.' Some pieces break off, or are concluded, or stop—it doesn’t matter!—after two hundred pages, some after two lines. The gusto, the friendliness, the wit with which Kafka launches himself into these things is astonishing.”