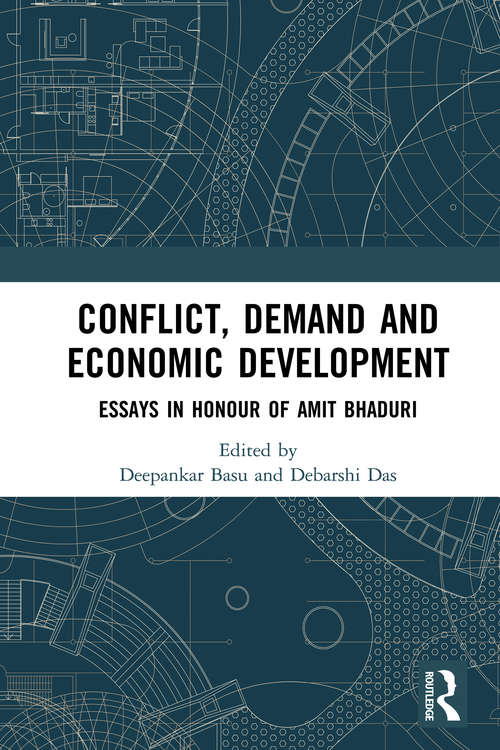 This book presents a comprehensive overview of three key areas: heterodox macroeconomics, development economics and classical political economy. It offers an alternative macroeconomic framework to analyse policies with an emphasis on issues of equity and justice.

With contributions by leading economists from across the world, it examines the growth and distribution of income; trade and finance in developing countries; classical political economy and Marxist theory; dualism in the US economy; economic crisis; and agrarian economy in poor countries. It explores themes such as the effect of an exogenous shock to wage share; Harrodian instability and Steindlian solutions; economics and politics of social democracy; the role of power in the macroeconomy; economic development through the promotion of domestic value chains; and reflections on primitive accumulation. Going beyond the neo-classical tradition, the volume opens up a new vista of economics by discussing unexplored questions. It provides a refreshing treatment of time-tested ideas as well as discussions of recent developments and current research.

A major intervention in heterodox macroeconomics and a tribute to macroeconomist Amit Bhaduri, this book will be useful to scholars and researchers of economics, political economy, development studies, sociology, political science, public administration, economic theory, economic history, economic geography and critical studies, as well as professionals, economists and policymakers.