Masters of British Literature, Volume B 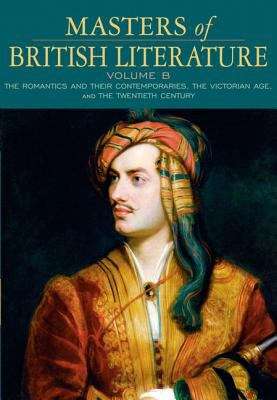 Written by an editorial team whose members are all actively engaged in teaching and in current scholarship, Masters of British Literature is a concise, yet comprehensive survey of the key writers whose classic works have shaped British literature. Featuring major works by the most influential authors in the British literary tradition--Barbauld, Blake, Wollstonecraft, Wordsworth, Coleridge, Keats, Barrett Browning, Browning, Tennyson, Yeats, Woolf, Joyce, Eliot, Walcott, Heaney, and Rushdie--this compact anthology combines comprehensive coverage of the enduring works of the British literary tradition from the Romantics through the twentieth century. Core texts are complemented by contextual materials that help students understand the literary, historical, and cultural environments out which these texts arose, and within which they find their richest meaning.