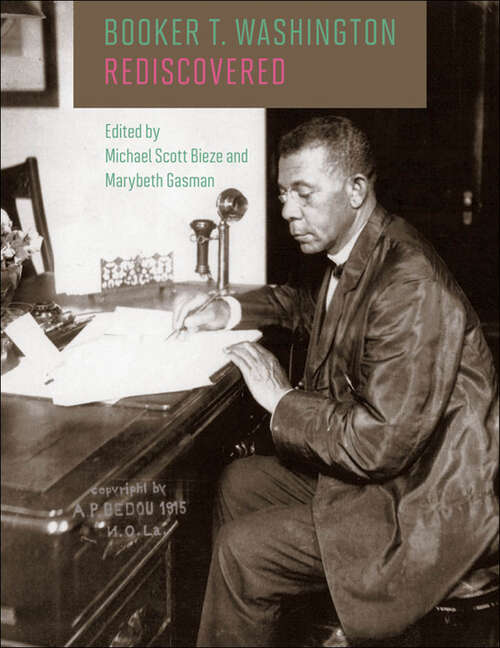 A new take on this icon of African American educational reform, drawing on previously unpublished materials.Booker T. Washington, a founding father of African American education in the United States, has long been studied, revered, and reviled by scholars and students. Born into slavery, freed and raised in the Reconstruction South, and active in educational reform through the late nineteenth and early twentieth centuries, Washington sought to use education to bridge the nation’s racial divide. This volume explores Washington’s life and work through his writings and speeches.Drawing on previously unpublished writings, hard-to-find speeches and essays, and other primary documents from public and private collections, Michael Scott Bieze and Marybeth Gasman provide a balanced and insightful look at this controversial and sometimes misunderstood leader. Their essays follow key themes in Washington’s life—politics, aesthetics, philanthropy, religion, celebrity, race, and education—that show both his range of thought and the evolution of his thinking on topics vital to African Americans at the time. Wherever possible, the book reproduces archival material in its original form, aiding the reader in delving more deeply into the primary sources, while the accompanying introductions and analyses by Bieze and Gasman provide rich context. A companion website contains additional primary source documents and suggested classroom exercises and teaching aids.Innovative and multifaceted, Booker T. Washington Rediscovered provides the opportunity to experience Washington’s work as he intended and examines this turn-of-the-century pioneer in his own right, not merely in juxtaposition with W.E.B. Du Bois and other black leaders.