Letters to Friends, Family, and Editors 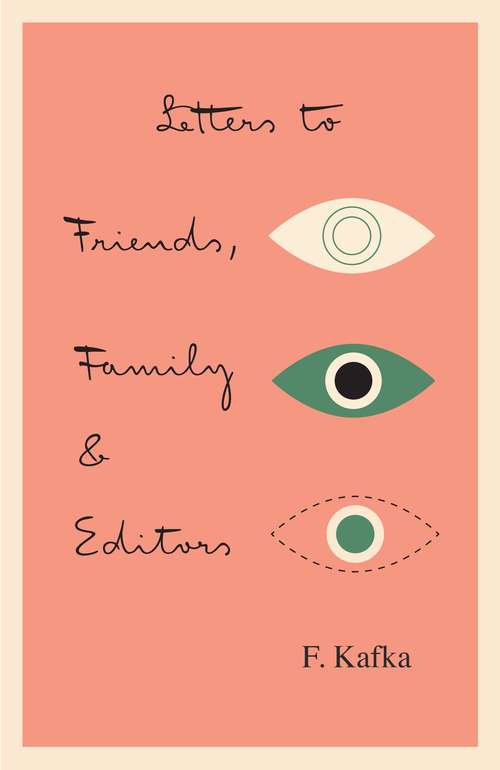 "These magnificent letters, meticulously set up and annotated, show us aspects of Kafka that were only hinted at in earlier collections and help us trace his development from unhappy young law student and insurance administrator to novelist and short-story writer of originality and genius."--Publishers Weekly"When we turn from Kafka's books to his letters we have a series of self-portraits desperate and courageous, always eager and warm in feeling; the self is lit by fantasy and, of course, by drollery. His candor is of the kind that flies alongside him in the air. He was a marvelous letter writer."--V.S. Pritchett, The New York Review of Books"These letters are like messages from the underground, from the dark side of the moon, presenting aspects of Kafka that would have died with his friends. We meet alternately Kafka the artist, friend, son, father figure, marriage counselor, literary critic, insurance official. . . . A full portrait, and a significant contribution to Kafka scholarship."--Smithsonian Magazine"An inside view of a writer who, perhaps more than any other novelist or poet in our century, stands at the center of our culture."--Robert Alter, The New York Times Book Review