I Call Him "Mr. President" 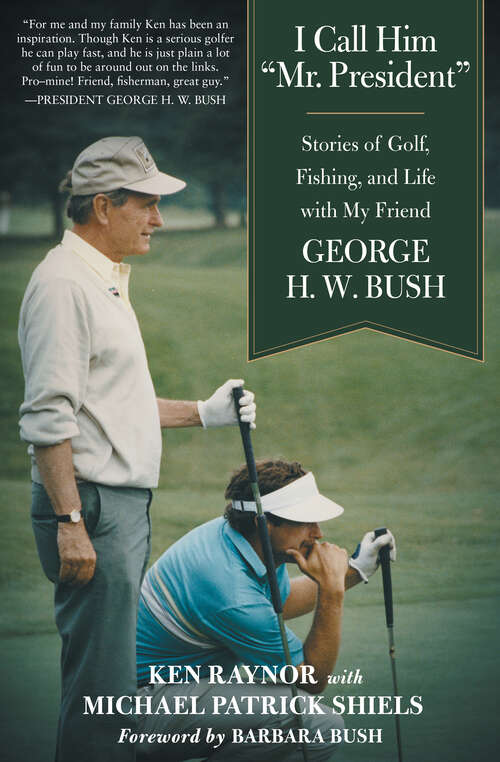 A presidential tale of friendship, travel, and the great outdoors! In I Call Him “Mr. President”, Ken Raynor—head professional at Cape Arundel Golf Club in Kennebunkport, Maine for thirty-eight years—tells the story of how President George HW Bush befriended him during Bush’s annual summer sabbatical to seaside Kennebunkport, Maine. Raynor’s personal relationship with Bush led him to experience everything from fishing trips to the wilds of Newfoundland to countless outings on the golf course, including Bush’s last as commander in chief. Along the way, Raynor assisted Bush, a WWII veteran, in welcoming world leaders, former presidents, celebrities, and PGA Tour stars to the quaint Cape Arundel Golf Club and saw the excitement in their eyes during the outings. But he most cherishes his time after the rounds, in the Bush family home on nearby Walkers Point or in a tiny fishing boat, when the President would put his feet up, stare out at the Atlantic, and recount the days’ events. In this book, Raynor reflects on the life lessons he gained from a friendship born outdoors that has continued to develop over decades, during golf outings that have ranged from Maine to Augusta National to the White House putting green, international fishing trips, retreats at Camp David, flying in Marine One, and many other unforgettable experiences. Raynor has likely played more rounds with a POTUS than any PGA professional in history.