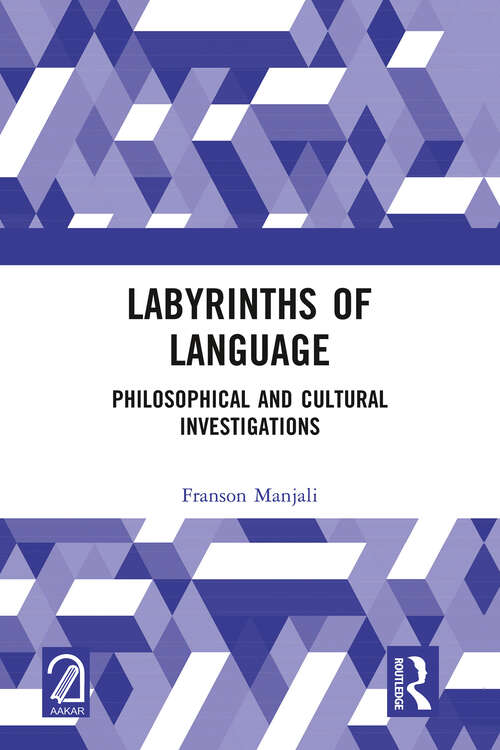 Thirteen essays in the book explore and investigate diverse contemporary philosophically current themes and issues.  The title is derived from Wittgenstein's statement that 'anguage is a labyrinth of paths,' and it studiously avoids any conclusive claim on its central motif. What people, both users and theorists, do with language, rather than what it is, is the running theme. The book critically presents the views of a wide range of philosophically and analytically oriented authors including, de Saussure, Levinas,  Lévi-Strauss, Wittgenstein, Derrida, Bakhtin, Benjamin, Kafka, Heidegger, Blanchot, Jean-Luc Nancy, Barthes and  Deleuze. Only two essays diverge from the main concern with language: the one on the discourse of death, and another on the philosophy of image. One essay involves an analysis of the cultural and political discourse in a contemporary Malayalam novel. The concluding essay attempts to develop a postcolonial field of language studies, with reference to the works of the 18th century British jurist and linguist Sir William Jones and the subsequent philological tradition, whose political consequences are only beginning to be understood.