Fostering Success of Ethnic and Racial Minorities in STEM 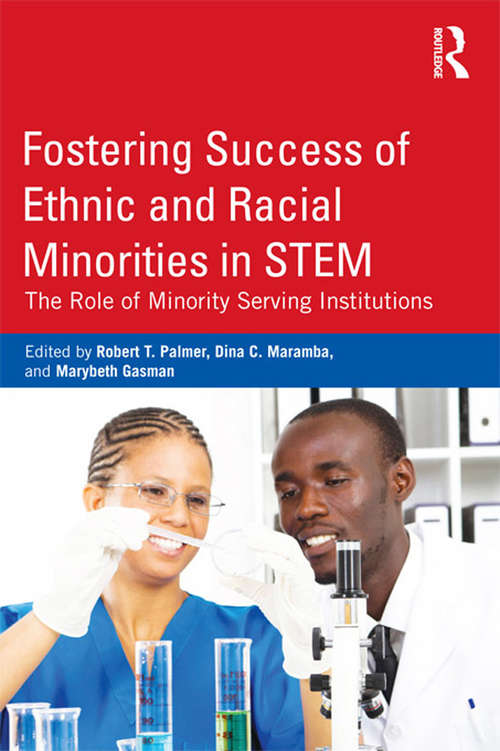 To maintain competitiveness in the global economy, United States policymakers and national leaders are increasing their attention to producing workers skilled in science, technology, engineering, and mathematics (STEM). Given the growing minority population in the country, it is critical that higher education policies, pedagogies, climates, and initiatives are effective in promoting racial and ethnic minority students’ educational attainment in STEM. Minority Serving Institutions (MSIs) have shown efficacy in facilitating the success of racial and ethnic minority students in STEM and are collectively responsible for producing nearly one-third of the nation’s minority STEM graduates.

In Fostering Success of Ethnic and Racial Minorities in STEM, well-known contributors share salient institutional characteristics, unique aspects of climate, pedagogy, and programmatic initiatives at MSIs that are instrumental in enhancing the success of racial and ethnic minority students in STEM education. This book provides recommendations on institutional practice, policy, and lessons that any institution can use on their campus to foster better retention and persistence among minority students. Higher Education leaders and administrators interested in encouraging achievement among racial and ethnic minority students in STEM education will find this book a welcomed and timely addition to the discourse on promoting minority student success.