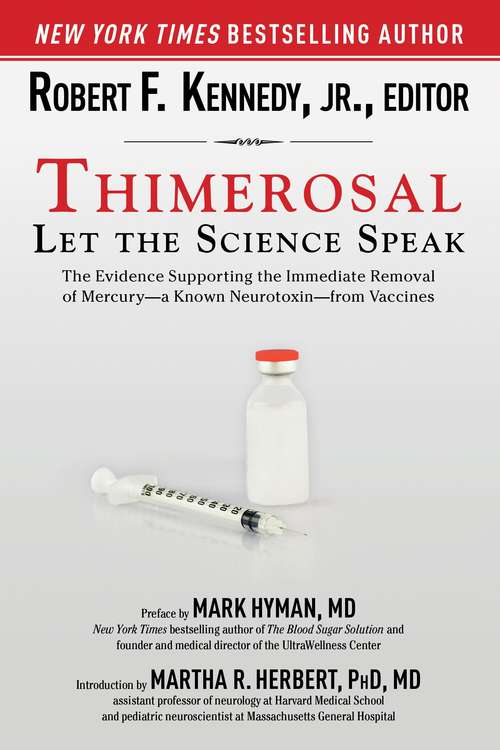 From New York Times bestselling author Robert F. Kennedy, Jr., comes a science-based call for the immediate removal of the dangerous mercury-containing preservative Thimerosal from vaccines.Over a decade ago, following a sharp rise in developmental disorders such as autism and ADHD, the mercury-containing preservative Thimerosal was widely believed to have been eliminated from vaccine supplies in the United States and abroad. However, dangerous quantities of Thimerosal continue to be used, posing a significant threat to public health and leading to a crisis of faith in vaccine safety.In this groundbreaking book, Robert F. Kennedy, Jr., examines the research literature on Thimerosal and makes a very clear statement about its potentially dangerous effects. In the past, the CDC, FDA, NIH, and AAP, as well as the US Congress, the American Academy of Family Physicians, the US Department of Agriculture, the European Medicines Agency, and the California Environmental Protection Agency have expressed concerns over the use of Thimerosal in vaccines. But despite the many voices calling for action, the media and policy makers have repeatedly failed to adequately address the issue.Now, with Thimerosal: Let the Science Speak, the science supporting the elimination of this toxic chemical from the world's vaccine supplies, and its replacement with already available safer alternatives, is all in one place. Making this change should increase vaccination rates by restoring the trust of concerned parents in the vaccine program--a program that is so vitally important to public health.