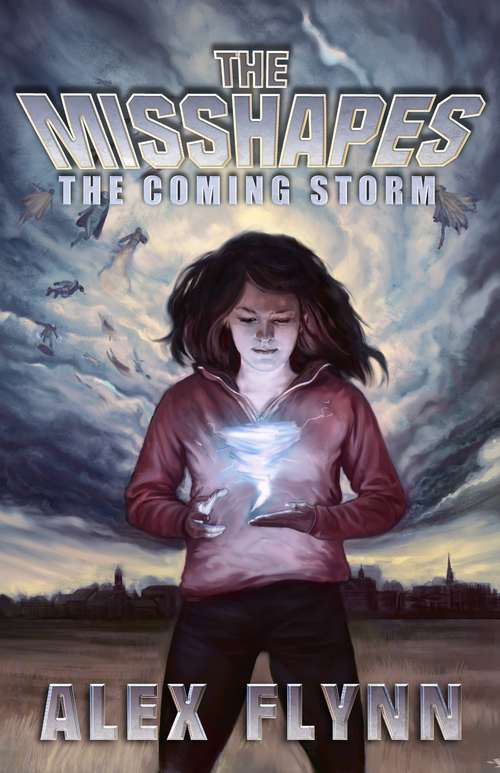 For people who grew up loving comic books and Pixar movies comes an epic and charming debut Young Adult fantasy novel about a young girl whose superpowers leave a lot to be desired...until she realizes more than just her destiny lies in her unique hands. Coming January 2014.Doolittle Falls is no ordinary town, and fifteen-year-old Sarah Robertson is no ordinary girl - she can control the weather with her emotions. But in a town where superheroes walk the streets (and fly over them), Sarah's third-rate powers aren't enough to secure her a spot in the prestigious Hero Academy, not to mention the fact that her recently vanished mother has become the town's most notorious Supervillain and the archnemesis of America's favorite Hero, Fantastic Man. Instead of acceptance to the school of her dreams, Sarah is marked as an outcast with powers - a Misshape.Sarah is stuck at public school, with a rag-tag group of fellow Misshapes and the happily ordinary Normals. Determined to fly under the radar, Sarah's forced into a special class for Misshapes, where she meets other people with odd powers: a kid who shoots paintballs out his eyes, a girl who can talk to the animals (the squirrels never have much to say), and a boy who is followed around by backup-singer ghosts, The Spectors (like all girl groups, they are obsessed with the postman).Despite this setback, Sarah is determined to take charge of her powers and win a place at Hero Academy with the rest of the superhero elite. Yet the path to Hero greatness doesn't exactly run smoothly. Her brother's recent rebellious streak is starting to wear thin, she has an intriguing (and smoking hot) new mentor, and an unexpected romance blooms with the Romeo to her Juliet, Hero-dreamboat, Fantastic Boy. Sarah is ecstatic when a mysterious figure offers to fulfill Sarah's Academy dreams, until she learns he has been stoking anti-Misshape sentiment in the town. When the Misshapes come under attack, Sarah will have to make a choice between her friends and her destiny.And she might just kick some Supervillain butt in the process.