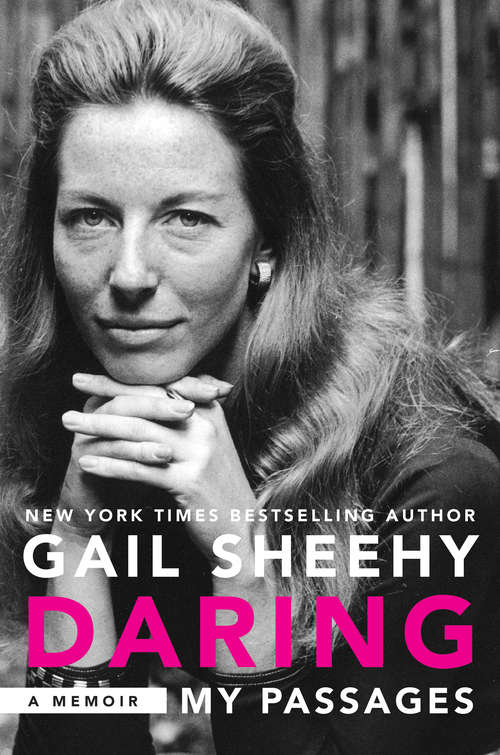 The author of Passages, a book that changed millions of lives, now lays bare her own life passages in a captivating memoir that reveals her harrowing and ultimately triumphant path from groundbreaking 1960s "girl" journalist to fearless bestselling author who made a career of excavating cultural taboos--from sex, menopause, and midlife crisis to illness, caregiving, and death. Daring to blaze a trail in a "man's world," Gail Sheehy became one of the premier practitioners of New Journalism at the fledgling New York magazine, along with such stellar writers as Tom Wolfe, Gloria Steinem, and Jimmy Breslin. Sheehy dared to walk New York City's streets with hookers and pimps to expose violent prostitution; to march with civil rights protesters in Northern Ireland as British soldiers opened fire; to seek out Egypt's president Anwar Sadat when he was targeted for assassination after making peace with Israel; and to break the glass ceiling in a media world fueled by testosterone, competition, and grit.Daring: My Passages is also the beguiling love story of Sheehy's tempestuous romance with Clay Felker, the charismatic creator of New York magazine and the mentor who inspired her to become a fearless journalist who won renown for her penetrating character portraits of world leaders, including Hillary Clinton, both Presidents Bush, British prime minister Margaret Thatcher, and Soviet premier Mikhail Gorbachev, among others.Sheehy reflects on desire, ambition, and wanting it all--career, love, children, friends, social significance--and coming to terms with waiting until midlife to achieve it all. With candor and humor, she describes her early failures; the pain of betrayal in a first marriage; her struggles as a single mother; the flings of an ardent, liberated young woman; the vertigo of becoming an internationally bestselling author; her adoption of a second daughter from a refugee camp; the poignant account of Clay's decline; and her ongoing passion for life, work, and love.Fascinating and no-holds-barred, Daring: My Passages is a testament to guts, resilience, and smarts, and offers a bold perspective on all of life's passages.