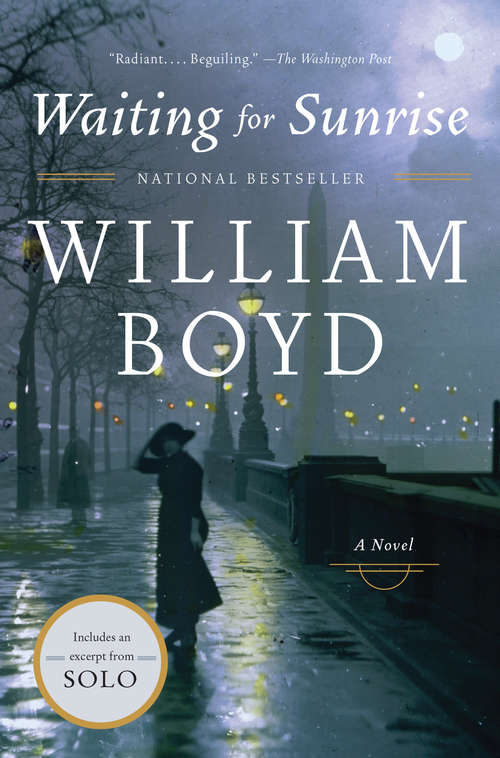 Vienna, 1913. Lysander Rief, a young English actor in town seeking psychotherapy for a troubling ailment of a sexual nature, becomes caught up in a feverish affair with a beautiful, enigmatic woman. When she goes to the police to press charges of rape, however, he is stunned, and his few months of passion come to an abrupt end. Only a carefully plotted escape--with the help of two mysterious British diplomats--saves him from trial.

But the frenzied getaway sets off a chain of events that steadily dismantles Lysander's life as he knows it. He returns to a London on the cusp of war, hoping to win back his onetime fiancÉe and banish from memory his traumatic ordeals abroad, but Vienna haunts him at every turn. The men who helped coordinate his escape recruit him to carry out the brutal murder of a complete stranger. His lover from Vienna shows up nonchalantly at a party, ready to resume their liaison. Unable to live an ordinary existence, he is plunged into the dangerous theater of wartime intelligence--a world of sex, scandal, and spies, where lines of truth and deception blur with every waking day. Lysander must now discover the key to a secret code that is threatening Britain's safety, and use all his skills to keep this murky world of suspicion and betrayal from invading every corner of his life.

Moving from Vienna to London's West End, from the battlefields of France to hotel rooms in Geneva, Waiting for Sunrise is a mesmerizing journey into the human psyche, a beautifully observed portrait of wartime Europe, a plot-twisting thriller, and a literary tour de force.