The Political Economy Of Regional Peacemaking 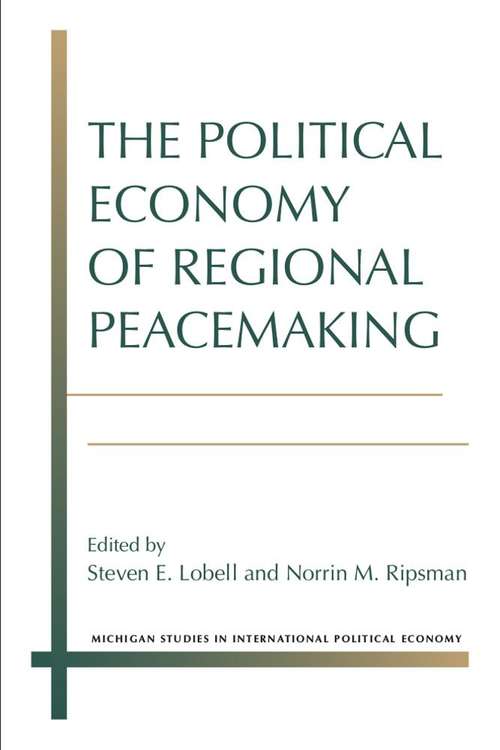 In this volume, scholars examine the efficacy of trade agreements, economic sanctions, and other strategies of economic statecraft for the promotion of peace both between rival states and across conflict-ridden regions more generally. In the introduction, Steven E. Lobell and Norrin M. Ripsman pose five central questions: (1) What types of economic statecraft, including incentives and sanctions, can interested parties employ? (2) Who are the appropriate targets in the rival states-state leaders, economic and social elites, or society as whole? (3) When should specific economic instruments be used to promote peace-prior to negotiations, during negotiations, after signature of the treaty, or during implementation of the treaty? (4) What are the limits and risks of economic statecraft and economic interdependence? (5) How can economic statecraft be used to move from a bilateral peace agreement to regional peace? The contributors consider the five key questions from a variety of methodological, historical, cultural, and empirical perspectives, drawing data from the Pacific, the Middle East, Europe, Asia, and Latin America. Book jacket.