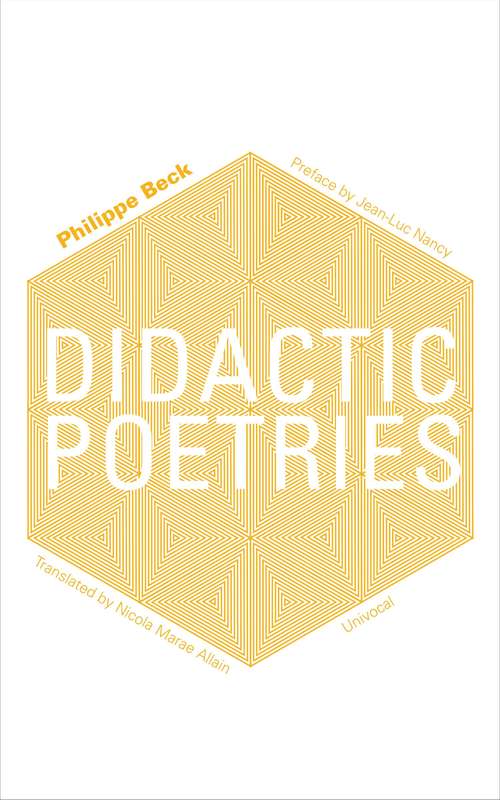 Complex, haunting, imaginative and profoundly literary, Didactic Poetries is Beck's response to Schiller's statement: "We are still waiting for a didactic poem where thought itself would be and would remain poetic," and Hegel's claim that, "strictly speaking, didactic poetry isn't poetry."For the acclaimed French poet, Philippe Beck, Schiller's task of attempting a didactic poetry remains as vital today as it was for Schiller's time. Is there a way to construct a poetry built and chiseled, hammered and stitched, from out of past narratives and poetries, condensed in such a manner as to make new poetic verses sing new truths? Forging a singular attempt to echo the poets and tales of a bygone age, Beck's didactic poetries perhaps carve out the path for renewing a poetic thought as a quasi-musical atmosphere where the reader can glimpse "A small country "sculpted" as spiritual, supposed to be so at home in the Bygone Country. Alluvial layers so light, that weather disappeared, weary of variety a priori." Beck's deftly textured poems interweave contemporary commentary with cultural, historical, literary, and philosophical allusions, drawing the reader into a world of lived poetic experience.