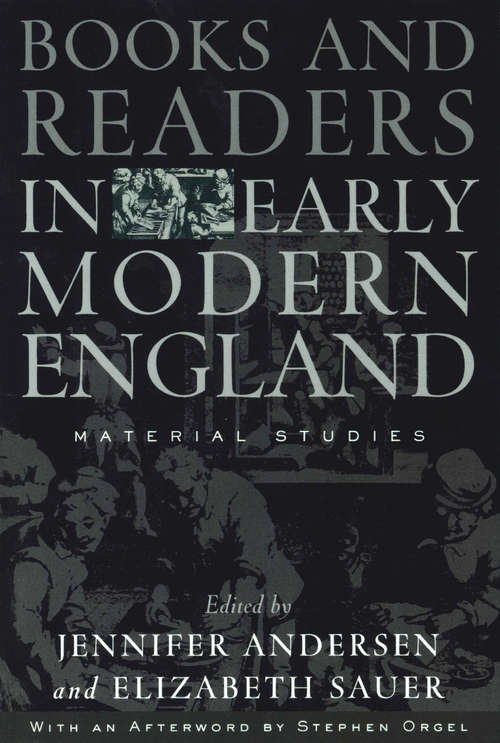 Books and Readers in Early Modern England examines readers, reading, and publication practices from the Renaissance to the Restoration. The essays draw on an array of documentary evidence--from library catalogs, prefaces, title pages and dedications, marginalia, commonplace books, and letters to ink, paper, and bindings--to explore individual reading habits and experiences in a period of religious dissent, political instability, and cultural transformation. Chapters in the volume cover oral, scribal, and print cultures, examining the emergence of the "public spheres" of reading practices. Contributors, who include Christopher Grose, Ann Hughes, David Scott Kastan, Kathleen Lynch, William Sherman, and Peter Stallybrass, investigate interactions among publishers, texts, authors, and audience. They discuss the continuity of the written word and habits of mind in the world of print, the formation and differentiation of readerships, and the increasing influence of public opinion. The work demonstrates that early modern publications appeared in a wide variety of forms--from periodical literature to polemical pamphlets--and reflected the radical transformations occurring at the time in the dissemination of knowledge through the written word. These forms were far more ephemeral, and far more widely available, than modern stereotypes of writing from this period suggest.