Sir Walter Ralegh and the Quest for El Dorado 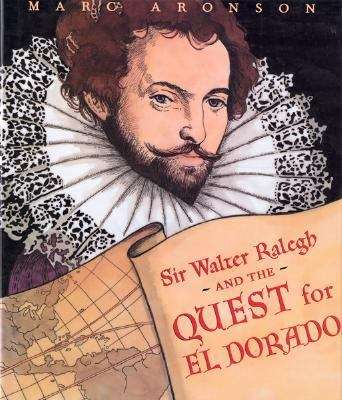 Sir Walter Ralegh played the starring role in a life that was a series of romantic, almost-too-spectacular-to-be-true adventures. From the dazzling court of Queen Elizabeth to the dense jungles of South America, from daring sea raids to the epic struggle against the Spanish Armada, from his luminous historical writings to his intimate poetry, Ralegh left his mark on the age. His life was as dramatic and complex as a Shakespearean play.

Ralegh was a man of great contradictions: He participated in the massacre of Catholics in Ireland, yet later supported religious toleration; he was a calculating courtier resented by many, yet he spoke so eloquently for the rights of individuals that he became a popular hero. His quest to find the legendary city of El Dorado and the fate of the famous Lost Colony he had sponsored in the New World are representative of both the soaring hopes and nightmarish realities that Europeans brought with them across the seas.In this extraordinarily well researched biography, Marc Aronson passionately reveals the charisma and bravery of a man whose personality could not have been better suited to his era, a time filled with political intrigue, fierce battles, and courageous souls questing after impossible dreams.

Winner of the Sibert Medal