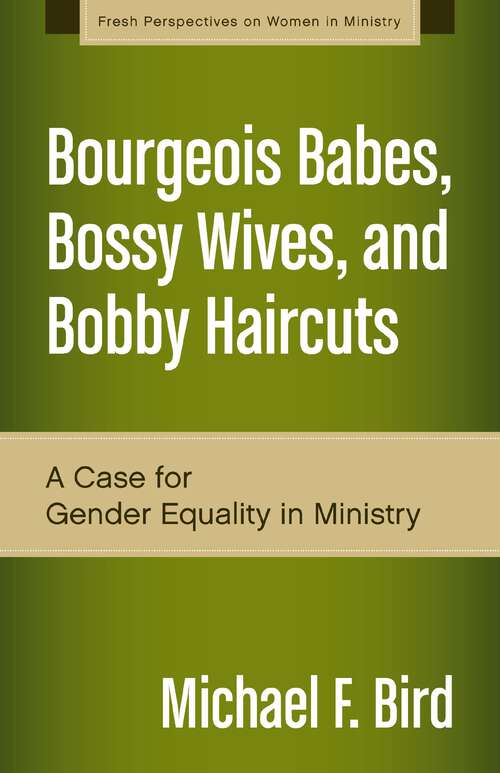 Taking a stand over the gender-issue divide

Author and New Testament scholar Michael Bird was formerly in favor of distinct gender roles in ministry, a viewpoint commonly called “complementarianism.” But inconsistencies in practice and careful biblical study convinced him to rethink his position.

While Bird is now egalitarian, he nevertheless strikes a respectful tone toward those in his previous camp, seeking to craft a perspective that both values women and upholds biblical differences between the sexes. Humorous and hard-hitting, Bird will challenge readers on both sides of the gender-issue divide.