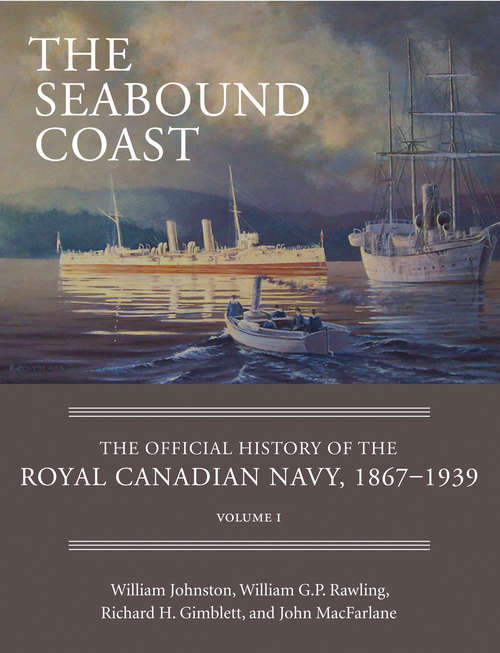 Commended for the 2011 Keith Matthews Award From its creation in 1910, the Royal Canadian Navy was marked by political debate over the countrys need for a naval service.

The Seabound Coast, Volume I of a three-volume official history of the RCN, traces the story of the navys first three decades, from its beginnings as Prime Minister Sir Wilfrid Lauriers tinpot navy of two obsolescent British cruisers to the force of six modern destroyers and four minesweepers with which it began the Second World War.

The previously published Volume II of this history, Part 1, No Higher Purpose, and Part 2, A Blue Water Navy, has already told the story of the RCN during the 19391945 conflict. Based on extensive archival research, The Seabound Coast recounts the acrimonious debates that eventually led to the RCNs establishment in 1910, its tenuous existence following the Laurier governments sudden replacement by that of Robert Borden one year later, and the navys struggles during the First World War when it was forced to defend Canadian waters with only a handful of resources.

From the effects of the devastating Halifax explosion in December 1917 to the U-boat campaign off Canadas East Coast in 1918, the volume examines how the RCNs task was made more difficult by the often inconsistent advice Ottawa received from the British Admiralty in London.

In its final section, this important and well-illustrated history relates the RCNs experience during the interwar years when anti-war sentiment and an economic depression threatened the services very survival.

कॉपीराईट:
2010 Her Majesty the Queen in Right of Canada