Derrida after the End of Writing 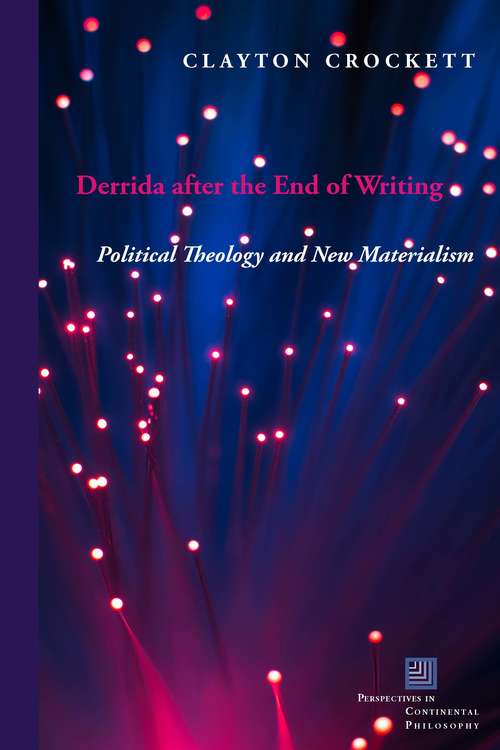 What are we to make of Jacques Derrida’s famous claim that “every other is every other,” if the other could also be an object, a stone or an elementary particle? Derrida’s philosophy is relevant not just for human ethical language and animality, but to profound developments in the physical and natural sciences, as well as ecology.

Derrida After the End of Writing argues for the importance of reading Derrida’s later work from a new materialist perspective. In conversation with Heidegger, Lacan, and Deleuze, and critically engaging newer philosophies of speculative realism and object-oriented ontology, Crockett claims that Derrida was never a linguistic idealist. Furthermore, something changes in his later philosophy something that cannot be simply described as a “turn.” In Catherine Malabou’s terms, there is a shift from a motor scheme of writing to a motor scheme of plasticity.

Crockett explores some of the implications of interpreting Derrida through the new materialist lens of technicity or plasticity, attending to the significance of ethics, religion, and politics in his later work. By reading Derrida from a new materialist perspective, Crockett provides fresh readings of his ideas of sovereignty, religion, responsibility, and mourning. These new readings produce fruitful engagements with the thinkers who have followed Derrida, including Malabou, Timothy Morton, John D. Caputo, and Karen Barad.

Here is a new reading of Derrida that moves beyond conventional understandings of poststructuralism and deconstruction, a reading that is responsive to and critical of some of the crucial developments shaping the humanities today.