Deborah and Her Sisters 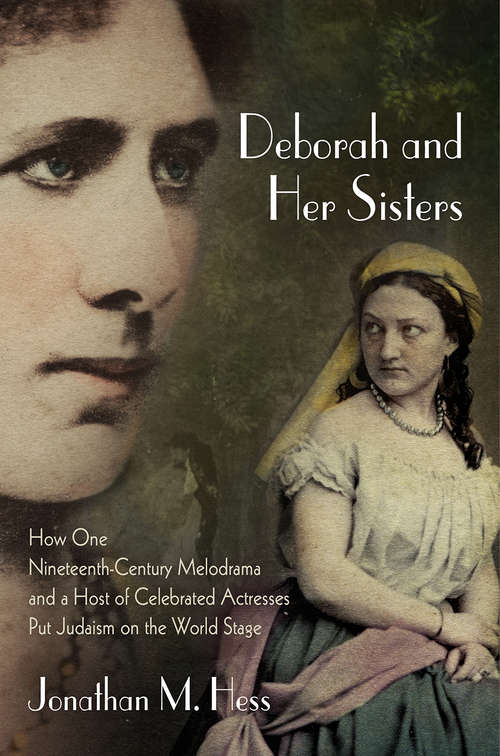 Before Fiddler on the Roof, before The Jazz Singer, there was Deborah, a tear-jerking melodrama about a Jewish woman forsaken by her non-Jewish lover. Within a few years of its 1849 debut in Hamburg, the play was seen on stages across Germany and Austria, as well as throughout Europe, the British Empire, and North America. The German-Jewish elite complained that the playwright, Jewish writer S. H. Mosenthal, had written a drama bearing little authentic Jewish content, while literary critics protested that the play lacked the formal coherence of great tragedy. Yet despite its lackluster critical reception, Deborah became a blockbuster, giving millions of theatergoers the pleasures of sympathizing with an exotic Jewish woman. It spawned adaptations with titles from Leah, the Forsaken to Naomi, the Deserted, burlesques, poems, operas in Italian and Czech, musical selections for voice and piano, a British novel fraudulently marketed in the United States as the original basis for the play, three American silent films, and thousands of souvenir photographs of leading actresses from Adelaide Ristori to Sarah Bernhardt in character as Mosenthal's forsaken Jewess.For a sixty-year period, Deborah and its many offshoots provided audiences with the ultimate feel-good experience of tearful sympathy and liberal universalism. With Deborah and Her Sisters, Jonathan M. Hess offers the first comprehensive history of this transnational phenomenon, focusing on its unique ability to bring Jews and non-Jews together during a period of increasing antisemitism. Paying careful attention to local performances and the dynamics of transnational exchange, Hess asks that we take seriously the feelings this commercially successful drama provoked as it drove its diverse audiences to tears. Following a vast paper trail in theater archives and in the press, Deborah and Her Sisters reconstructs the allure that Jewishness held in nineteenth-century popular culture and explores how the Deborah sensation generated a liberal culture of compassion with Jewish suffering that extended beyond the theater walls.