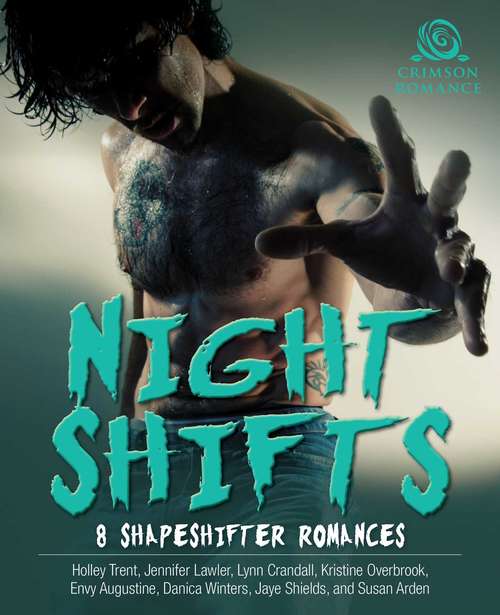 Wolves and cougars and dragons--oh my! There's more to love than meets the eye with these eight hunky heroes of the night. Count on these shapeshifters to know just how to break out of the mold--in bed and out of it.The Cougar's Pawn: When alpha were-cougar Mason Foye sweeps up Ellery Colvard at a campsite, the last thing he expects is a woman who knows all about shifters. She’s a scary witch herself who isn't convinced fated mates exist. If Mason can't persuade her they're destined for a life of excitement together, he's doomed to spend the rest of his days in his cougar form.A Certain Kind of Magic: When NYPD police detective Morgan Reilly discovers a lamp and frees the djinn, she thinks she's hallucinating the merman he conjures, thanks to her recent head injury. Exiled years ago, Mere needs her help to rescue a stolen dragon's hoard, but first he'll have to convince the gorgeous Morgan that he's very real.Secrets: When homeless cats start vanishing into thin air at Michelle Slade's rescue organization, Cats Alive, she's determined to get to the bottom of this mystery. Casey Mitchell, a secret were-lynx drawn to Michelle, helps investigate the odd circumstances and uncovers a diabolic design on her life. Will these two lonely souls find true love...or lose everything?Creatures of the Moon: After being attacked in the wild, Lydia Davis starts to change in a way that only journalist Ryan Williams can understand. Ryan needs to help Lydia contain her budding urges through the first cycle of the full moon or the curse will consume her soul. But how can he help her without revealing his own secret?Love's Prey: After four years of mental rehab, Isabelle Tunskill returns to the lodge where a wolf attack mangled her arm, now ready to confront her demons. But she attracts the shifters' alpha instead. Only Curtis Keene, the lodge's owner, can save her, but it will mean sacrificing his own standing in the pack.The Nymph's Labyrinth: Shapeshifting nymph Ariadne Papadakis must keep the truth of the nymphs' existence far out of reach from American archeologist Beau Morris. But will the task force her to sacrifice her own happiness?Secrets of the Sky: Sparrow Reed might look like an angel, but she's actually a witch who can change into a songbird. When her best friend's problems drop Sparrow in an underworld fraught with threats, Rowen Aerion of the Knights of the Fog has his hands full trying to keep her alive--and his love may be her biggest danger of all.Dragon Heart: In her haste to establish her own boundaries, leopardess Shay Barclay may have entrusted her heart to the wrong man--former Navy SEAL Drake O'Connor, a dragon shifter too dangerous to resist. Drake swore to protect his buddy's daughter to the death, so when his explosive chemistry with Shay finally boils over and they end up in bed, her family's political enemies are the least of their problems.Sensuality Level: Sensual