With A Field Ambulance At Ypres, Being Letters Written March 7-August 15, 1915 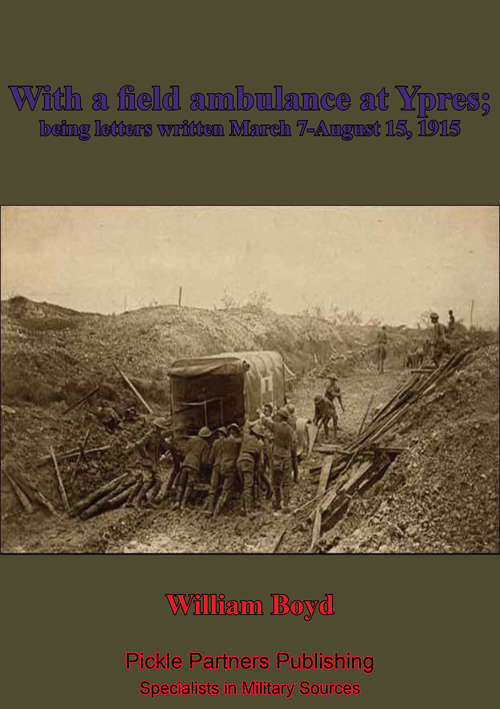 As an Allied soldier, the Ypres salient was a hellish tongue of land to serve in during the First World War. Overlooked by German forces, surrounded on three sides by the enemies' guns, with little or no protection from the land features, it became a symbol of the stubborn resistance of the Allied soldier in the thin grim trenches. The troops faced shells, bullets, mortars, grenades and poison on a daily basis, whilst only just behind the frontline the Royal Army Medical Corps struggled to deal with the influx of wounded.Captain Boyd, as he then was, recounts his experiences in the bloody, cramped and over-worked hospitals as he attempted to save lives so brutally injured by the war. The Author went on to have an illustrious career as an internationally famed pathologist in Canada.Author -William Boyd, MB, ChB, MD, MRCP.Text taken, whole and complete, from the edition published in New York, George H. Doran company 1916.Original Page Count - 110 pages.