The Political Origins of Inequality 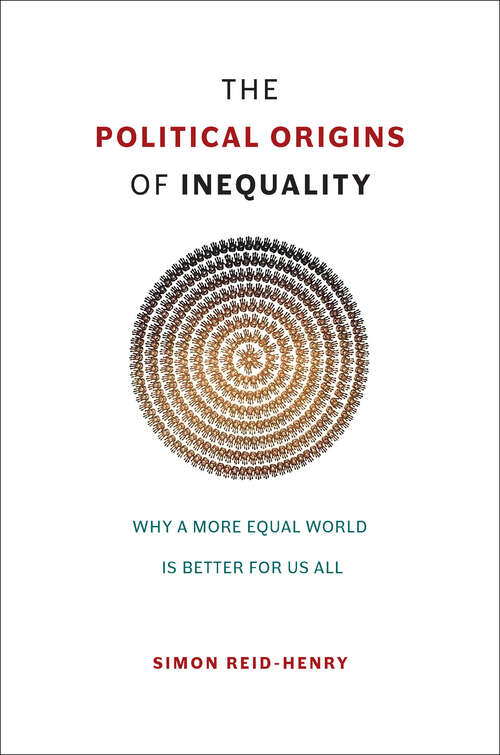 Inequality is the defining issue of our time. But it is not just a problem for the rich world. It is the global 1% that now owns fully half the world’s wealth—the true measure of our age of inequality. In this historical tour de force, Simon Reid-Henry rewrites the usual story of globalization and development as a story of the management of inequality. Reaching back to the eighteenth century and around the globe, The Political Origins of Inequality foregrounds the political turning points and decisions behind the making of today’s uneven societies. As it weaves together insights from the Victorian city to the Cold War, from US economic policy to Europe’s present migration crisis, a true picture emerges of the structure of inequality itself.

The problem of inequality, Reid-Henry argues, is a problem that manifests between places as well as over time. This is one reason why it cannot be resolved by the usual arguments of left versus right, bound as they are to the national scale alone. Most of all, however, it is why the level of inequality that confronts us today is indicative of a more general crisis in political thought. Modern political discourse has no place for public reason or the common good. Equality is yesterday’s dream. Yet the fact that we now accept such a world—a world that values security over freedom, special treatment over universal opportunity, and efficiency over fairness—is ultimately because we have stopped even trying in recent decades to build the political architecture the world actually requires.

Our politics has fallen out of step with the world, then, and at the every moment it is needed more than ever. Yet it is within our power to address this. Doing so involves identifying and then meeting our political responsibilities to others, not just offering them the selective charity of the rich. It means looking beyond issues of economics and outside our national borders. But above all it demands of us that we reinvent the language of equality for a modern, global world: and then institute this. The world is not falling apart. Different worlds, we all can see, are colliding together. It is our capacity to act in concert that is falling apart. It is this that needs restoring most of all.

कॉपीराईट:
2015 The University of Chicago Press